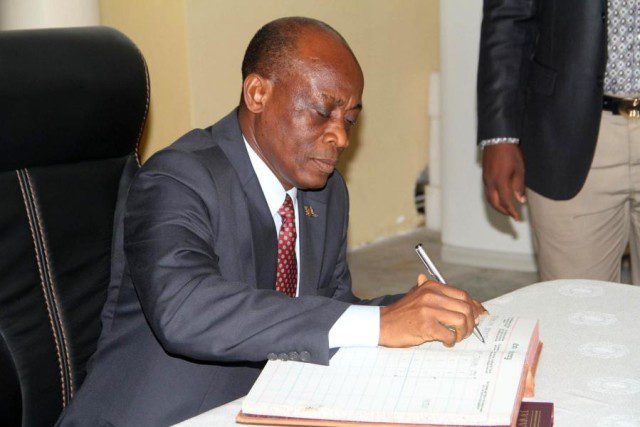 The IMF has finally settled on January 13 as the new date to review Ghana’s performance under the Fund’s austerity program.

According to an IMF calendar, the second review was expected to have taken place on December 18.

No official reason has been given for the postponement of the review but the new date was confirmed in an email sent in response to Joy Business’ request for information.

Ghana signed up for the austerity program in April 2015 after serious fiscal indiscipline triggered a 12% over-expenditure in the 2012 budget.

Ghana has since seen an injection of two tranches as part of the 940 million dollars life-line. It bagged $144.8 million dollars in April 2015 after an IMF two-week mission okayed the release.

After the second review in August, Ghana got $115 million at a time when the country’s currency suffered depreciation in value.

“The program is on track, with all performance criteria met except for the ceiling on central bank financing to the government which was technically missed by a small margin.

At the mission’s last visit to Ghana between October and November earlier this year, the mission, led by Joel Toujas-Bernate noted Ghana’s performance under the program has so far been satisfactory as at August this year.

Five months after second tranche, the Board will again be expected to meet and give its verdict on an IMF staff report on Ghana.
Ghana will sail through, for about $116 million disbursement likely to hit the Bank of Ghana’s account before end of January 2016.

Some analysts predict, the third tranche of funds from the IMF, will go a long way to improve the Bank of Ghana’s international reserves.

They believe the January bail-out will be used to relieve pressure on the cedi which is feared to suffer another round of depreciation.

Ghana’s currency, the cedi, has fallen 22 percent from January to June 2015.

Some economists believe a positive review could go a long way to convince the donor partners, foreign investors and ratings agency that government is committed to putting measures in place to stabilize the economy.