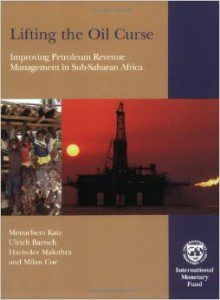 The Petroleum Revenue Management (Amendment) Bill, 2015 has been passed into law by Parliament after some back and forth among MPs about the acceptable rendition of some newly introduced clauses into the old law.

The Bill seeks to address some inconsistencies and operational challenges in the management of revenue from the oil and gas sector.

The Bill, which also seeks to, among other things, ensure that the implementation of the previous Petroleum Revenue Management Act, Act 815 is generally in conformity with the intendment of the drafters, was passed in the House on Wednesday after its Third Reading.

There were lots of changes to some of the advertised proposed amendments on the Floor because Parliament was minded to do a thorough work this time round so that the Bill does not return next time round due to ambiguities in the law. The Speaker of Parliament, Edward Doe Adjaho had to step in a number of times to invite the leadership of both sides to his office to agree on the best way forward when the going got tough.

According to the Deputy Minister of Finance, Cassiel Ato Forson, who moved the motion for the Third Reading, the bill would not only correct the typographical and other errors in Act 815 but also ensure consistent flow of revenue from the petroleum sector for national development.

It also provides for a regular funding regime for the activities of the Public Interest and Accountability Committee (PIAC) due to the introduction of a new sub-clause into the Bill.

The original Petroleum Revenue Management Act, 2011 (Act 815) failed to make any specific provision for the funding of the activities of PIAC, a body created by the law for monitoring and accountability purposes. This development has hindered the performance of the committee?s objectives.

A report by the House?s Committee on Finance, Chaired by James Klutse Avedzi, who seconded the motion for the Third Reading, observed that the Bill would make the Ghana National Petroleum Corporation (GNPC) an operator in the field and empower it to borrow on the strength of its own balance sheet and not to rely on central government guarantees.

It further noted that the amendment bill did not change the substance of Act 815 but to clarify some issues for smooth implementation of the Act.

The Ranking Member on the Finance Committee, Dr. Anthony Akoto Osei, cautioned, during the debate on the Second Reading of the bill that as much as the bill was empowering the corporation to borrow on its own balance sheet as a State Owned Enterprise (SOE), it is important to make a provision to hold management of the corporation accountable.

?We should empower them to stand on their feet on one side but we should also hold them to account,? he said.

The Minority Leader, Osei Kyei-Mensah-Bonsu, also urged his colleagues to be cautious in passing certain laws so that it is not returned to the House later for amendments.

During the debate on the bill, the minority leader observed that the House had, on some occasion, passed certain laws without cross-checking the clauses to ensure that its implementation would not create operational challenges.

He suggested that the rules of the House should be structured in a manner that would give members the opportunity to re-assess the amendments they had propose to bills after the Consideration Stage before their Third Reading.