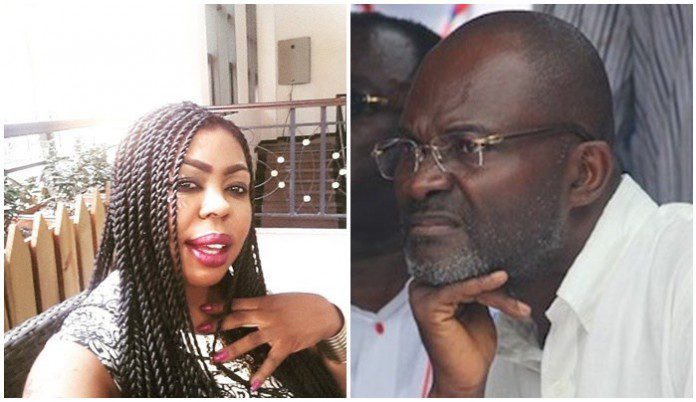 IS THIS THE BELOVED COUNTRY WE ONCE CALLED GHANA?

One might think the future chapter on Ghanaian cultural politics has finally been compiled in its totality for posterity only, as it were, for vulgar record-shattering events to surface now and then, necessitating a complete restructuring and reordering of the said chain of events in the draft narrative on national life. 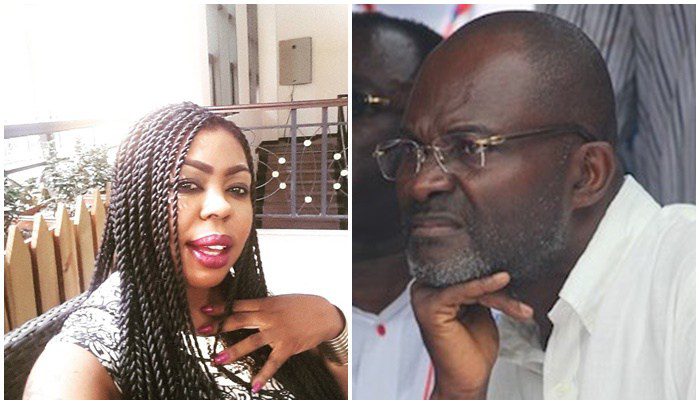 The presumed colorful narratology of our erstwhile shared pristine experience therefore takes on a decolored saudade character. What this also means is that the patronizing poetics of political pornography and its logical concomitant of social sodomy come to define the immoral Scarface of Ghana’s screwed partisan duopoly.

More to the point, the conjugal rights which nation’s screwed partisan duopoly grants the serenading poetics of political pornography and social sodomy in the evolving Ghanaian political personality gives birth to shocking incidents of exposed genitals in the cultural topology of the public space. Also, the corrupt language of exposed genitals become the vulgar banana our self-styled celebrities and antediluvian career politicians munch openly in the public lavatory of the Banana Republic, a space George Orwell once called Animal Farm.

What we are, in effect, saying is that the political poetics of exposed genitals has become the new lingua francaof social identity which some ofour de-civilized dead androids and weaselley-wimp politicians uninhibitedly carry around their depraved psychological ghosts. Being in possession of exposed limp genitals in endarkened gingivitis-mouth in Ghana’s political space has, thus, become the order of the day in this strange colorful narratology of partisan duopoly, assuming alternate states of emotional metaphor and vulgar literalness in the political geography of Ghana.

The political poetics of exposed genitals therefore assumes a stately pestering-stench of effeminate psychologism in the overall immoral activation of political and social badmouthing. It does not occur to those attuned to the primitive wavelength of badmouthing that the surprising element of social and political prostituting in the brothel of Ghana’s forced democratic duopoly undermines public decency.

ARE GHANAIANS EVOLVING OR DE-EVOLVING?

Apparently some are. Apparently some are not. And there are those who are doing so simultaneously. Wisa Greid’s exposed genitals on stage while performing to a live audience, including officials of the state andother dignitaries, and Wanlov the Kubolor’s exposed genitals on the Delay Show speak to the degrading character of the dying geopolitical brothel called Ghana.

Rather not unsurprisingly, though, none of the public officials in attendance at Greid’s live performance took flight because, if we should add,their being used to masticating the exposed genitals of political corruption and of the culture of impunity are intrinsic to the national DNA of mortal corruptibility, at least insofar as our politicians. These are the kind of public officials who are also addicted to the exposed genitals in the vulgar lyricism of Rex Omar’s “Abiba,” Inner Circle’s “A Lalala Long,” and Wisa’s “Ekiiki Mi.” It could have been so easy to deploy or dip the erectile phallus of Wisa’s danceable “ekiiki” in the suctional motherhoodof Victoria Hammah’s straightforwardpudendum.

That was not the case, however. Hammah will unfortunately lose out to her male political animals in the Animal Farm of grand public corruption because, as some may already know, she chose to rather publicly fantasize about the exposed genitals of political corruption in Wisa’s lyrical pornography, “Ekiiki Mi.”When for instance, Wisa directed his stand-at-ease exposed genitals at a bent-over female dancer’s gluteal cleavage his and the female dancer’s calculated terpsichorean public pornography suddenly made Ken’s verbally exposed genitals at Afia look like a sybaritic circus where a minstrelsy of political sodomy is performed.

Wisa’s “Ekiiki Mi” makes Bob Marley’s “Zimbabwe” and “One Love” and Peter Tosh’s “Mama Africa” and “Equal Rights” look like pornographic gospel tracks in the land of Sodom and Gomorrah. What a country we all call Ghana? The country has become a giant rolling ball of moral confusion, in other words a meteorite speeding past thepsychological precipice of moral disintegration and politico-intellectual antiquation. Indeed, the country is in a grave state of moral despair apparently because Kennedy Agyapong’s dossier appears to harbor all the rotten eggs of political and social decay, thus explaining in part why the deplorable landscape of Ghanaian partisan politics is what it actually is today.

Such a big disgrace to our already-screwed national destiny.

For a sitting parliamentarian to badmouth a fellow human being, a woman for that matter,in objectionable descriptive labels such as “ugly bitch,” “bed wetter,” “prostitute,” and a slew of unprintable words is, to say the least, the height of psychological primitivism and intellectual indiscipline. Yet in our humble opinion, however, we do not necessarily think Afia’s unprovoked criticism of Ken’s verbal attack on President Mahama’s family, his mother and brother, called for this level of uninhibited verbal volcanism from her public nemesis. Afia too should have known better than to take the war of verbal vulgarity to Ken’s turf, because this is not a man who will chicken out of public confrontation since that is what he eats to sustain his perceived sense of social and political relevance.

In other words, Ken, an embarrassing blowhard, went overboard with his emotional diarrhea in his delivery ofverbal vulgarity to a fellow media personality. Thus, he should have exercised emotional and verbal restraint and not have allowed the situation to get the better of him. Ken’s intellectual or psychological helplessness occurring as it was under the Sisyphean weight of emotional incontinence is proverbial. Essentially then, his behavior shows everything that is wrong with the public culture of Ghanaian politics. None of this is to directly suggest our endorsement of Afia’s uninvited intrusion into Ken’s public badmouthing of President Mahama’s family. We want to make this point clear.

The point is that President Mahama is a public figure. In other words, he is subject topublic ownership in the formal language in regard to the political currency of constitutional exegesis. The presidency is therefore open to public critique from citizens. Let us point out that public criticism of the presidency can take many forms including civil courage, public sentiment, civil disobedience, impeachment, and so on.That does not in and of itself mean public figures should be verbally sodomizing each other in Ghana’s new-found duopolistic landscape which has become an eye-sore picture of political pornography.Disagreements could there be couched in a polite language of mutual respectability.

In this context Ken’s threat to release and then to aerosolize the nude pictures of Afia into public space shows a screwed mind that is not in tune with the ethical civilization of public diplomacy. The primitive behavior of Nelson Abudu Baani, Ken’s parliamentary colleague who called for adulterous women (alomo gyatas) to be stoned during parliamentary deliberation on the proposed Intestate Succession Bill, is no different from intellectual primitivism of Ken’s misogynistic jeremiad against Afia, a virago-Amazon media personality.

But granted, behaving otherwise is not an emotional forte of a jungle socialite such as Ken, a novice political chatterbox, given his long vulgar dossier on awkwardand disappointing gaffes and ignominies, thereby placing himself against his emotional quotient. This man is so good at using the exposed genitals of his endarkened gingivitis-mouth to sustain his perceived social and political relevance, a false prophet of verbal sybaritism and emotionalvoyeurism. However, unless there is concrete evidence that the presidency was engaged in instances of malfeasance or impropriety, or even of nepotism, which may have brought down Ken’s verbal sledgehammer heavily on President Mahama’s family, the former will not be justified in his verbal attack on the latter.

On the other hand, we do not know if Afia has insider or privileged information about executive nepotism which the public and Ken may not know about. In the final analysis then, this verbal confrontation between Ken and Afia is unnecessary, unfortunate, and sad. It shows why Ken should not be addressed as “Honorable.” It shows why he should be recalled. He is destroying the image of the legislature which is already an institution that does not enjoy much respect in the public arena. We will want to submit that the leadership of the NPP and of parliament should sanction him for his untoward childish behavior, for Ghanaians deserve more than a political pornography of verbally exposed genitals in the endarkened gingivitis-mouthsof irresponsible public figures.

Public figures who verbally sodomize others the way Ken, an emotional wreck,habitually does should not enjoy public approbation. He should learn to keep his exposed genitals in the privacy of his endarkened gingivitis-mouth.Political sissies like him have no place in politics. Misogynistic gang-star political personalities like him should have no place in Ghanaian politics, not to talk of a place in the legislature. Ken is certainly an emotional time-bomb. But regardless of our sympathies for her, a media virago-mermaid,Afia needs to learn to keep her hippo-mouth and her easy gravitation toward the political and social pornography of exposed genitals under wraps. She also needs to learn to keep herhippo-mouth between her provocative thighs away from the salivating glans of Ken’s exposed genitals in the expressed political pornography of Ghana’s divisive duopoly.