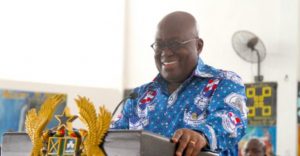 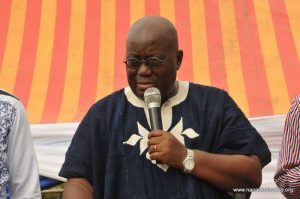 He said: “The church has a greater role to play in shaping the minds of the people and redirecting their efforts in transforming and building a nation that stands tall among other nations.”

He said the church also had a duty to help Ghanaians to cope with difficulties they may encounter in their daily lives as they stuck with their faith and beliefs.

President Akufo-Addo said this in a speech read on his behalf by Mr Kofi Dzamesi, the Minister of Chieftaincy and Religious Affairs, at the opening of the 60th Session of the Ministerial and General Council Meeting of the Christ Apostolic Church International (CACI) in Accra.

The five-day meeting, which forms a major part of the activities of the 100 years celebration of the Church, was on the theme: “100 Years of Impacting Our World through Pentecostalism,” and was to thank God for His faithfulness, providence and guidance.

President Akufo-Addo recounted the immense contributions made by the Church in Ghana’s developmental process and said: “As you celebrate your 100 years, we cherish the contributions you have made as a church to our national development.”

Apostle Dr. Stephen Ntow Amoani, the Chairman of the CACI, tasked the Government to find ways of absorbing those engaged in galamsey in order not to create unemployment spillovers and urged Ghanaians to support with resources to create jobs for the youth.

Apostle Dr Amoani said: “The reclamation of destroyed lands was also key if we want to win the fight against galamsey,” and urged the Government to sustain its resolve to nib the galamsey canker in the bud.

“We, as a church, support the President in that direction and can assure him of our prayers in all other ways to end this menace,” he said.

Apostle Dr Amoani said the destruction of river bodies and lands constituted unacceptable acts of indiscipline and perpetrators ought to be brought to book.

He called on ministers of the church and other religious bodies to use their pulpits to educate members on the effects of galamsey and the need to fight the canker.

“The galamsey menace is destroying our river and water bodies as well as large tracts of fertile agricultural lands… and our environment. This illegality must, indeed, be checked and be fought from all angles to stop the nation wreckers and saboteurs, some of whom are disgracefully aiding foreigners to reap where they have not sown, from destroying our land.”

Apostle Dr Amoani appealed to politicians to think about the welfare of the citizenry instead of their personal gains because “if all Ghanaians will think of what they can do for this country and not what the country can do for them, we shall overcome our current socio-economic difficulties.”

He called on ministers of God to eschew monetizing the Word of God and avoid inordinate materialism and insatiable desire for power and money.

“Let us also re-examine our ways of life and ministry and rededicate ourselves to much more prayer and care for the flock,” he said.

Apostle Amoani expressed satisfaction about the CACI membership-drive that has hit 1,314,017 as well as the improvement in its finances.

He said the church was going to focus more on growth through evangelism, missionary work, and Christian education and strengthen its Prophetic Ministry which had been the bedrock of its faith.

Narrating the history of the CACI and Pentecostalism in Ghana, Apostle Amoani said Apostle Anim, the Founding Patriarch of the Church, learnt about divine healing from the Faith Tabernacle Church in Philadelphia, United States America, through a magazine; “The Sword of the Spirit”.

Apostle Anim then put his faith to work with his wife and his two daughters and formed a prayer group called True Faith Prayer Group in 1917.

Apostle Amoani said the dedicated work of Apostle Anim marked the springing up of many other churches notable amongst them being the Church of Pentecost which was founded by Reverend James Mckeon, who, upon his arrival in Ghana, joined Apostle Anim in 1937 to begin his missionary work.

Fraternal messages were read by representatives of the Ghana Pentecostal Council (GPC), the Church of Pentecost, the Assemblies of God and government appointees including Mr Samuel Atta Akyea, the Minister of Works and Housing.

On behalf of the GPC, Apostle Samuel Yaw Antwi said the Council had accepted to be part of the solution to the galamsey menace and charged the members to preach against it.

He asked the CACI leadership to re-position the church to continue playing its prophetic role in rebuilding the nation as Ghana marked her 60th Anniversary.

The meeting, which was attended by the clergy and the laity from Ghana and abroad, was the highest decision making body of the church held annually to formulate policies, take stock and chart a new course for the progress of the Church.

It is also an occasion to pay glowing tribute to the forebears, particularly Apostle Peter Newman Anim, the father of Pentecostalism in Ghana, who was one time a prayer partner of the first President of Ghana, Osagyefo Dr Kwame Nkrumah.
GNA/www.newsghana.com.gh