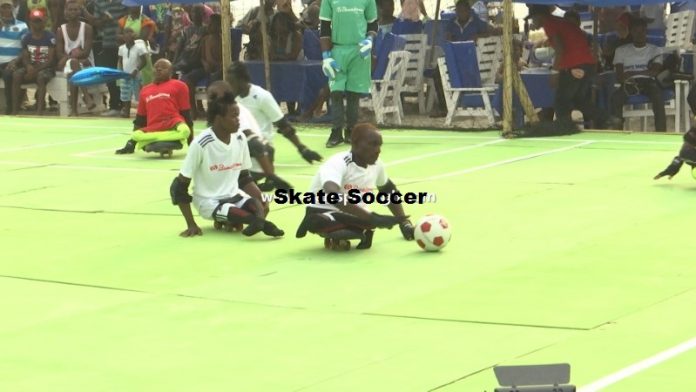 The Rolling Rockets of Ghana will face Nigeria’s Kano Pillars in the return match of the International Unity Skate Soccer on Saturday, December 8 at the Lagos State Stadium, Nigeria.

The first leg ended 3-2 in favour of Ghana and the physically challenged players are poised to beat their rivals.

The encounter promises to be exciting and highly charged with both teams gearing up to display a splendid performance with incredible skills, talents and dexterity using homemade skateboards on the field to the viewers and supporters.

The match is under the auspices of the International Federation of Skate Soccer (IFSS), an NGO committed to the development of the physically challenged members of the society (particularly polio victims) through sports in collaboration with Binatone.

The IFSS, a Non-Governmental Organisation (NGO) is also committed to the development of the physically challenged especially polio victims, through sports in Africa.

To the IFSS, the ultimate goal of the NGO was to support these physically challenged individuals to play the game at the highest level and participate in the Paralympics and that they would institute a Global Polio Fund, which would cater for polio victims in Africa and the other parts of the World.

Other fixtures would see Ghana take on Niger in Accra before hosting Ivory Coast, and Burkina Faso next year.