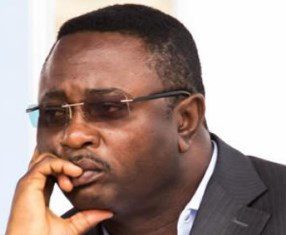 The report of the Dzamefe Commission set up to look into Ghana?s exit from the 2014 FIFA World Cup in Brazil has revealed that several sums of money given out by the Ministry of Youth and Sports was done so without supporting documentation. The payments amounting to USD 931, 000 were made in respect of the qualifying matches Ghana played in the buildup to the World Cup and according to the Internal Control Findings of an audit done by the Sports Ministry, these sums of monies did not have receipts, invoices or proper authorisation to back their usage. Breakdown The audit report mentioned that USD 685,000 was used as protocol expenses in all 8 home and away matches played by the Black Stars ahead of the World Cup.

It also mentioned that an amount of USD 200,000 being accountable imprest was paid to the President of the Ghana Football Association to organise an international friendly in preparation for the World Cup qualifier against Egypt.

There was the indication of USD 46,000 paid in indemnity in respect of match officials for the Black Stars qualifying matches played at home in the build up to the 2014 World Cup. Meaning?

The term ?protocol? was not explained but the payments made in this respect are contigencies that are not defined in the budget but they are signed for with an authority note from the President of the GFA. Simply put, the protocols payments are not explained and they cover a host of things. ?Indemnity? referred to official sums of money paid to match officials to cover their cost of traveling and other expenses they incurred when they handled Ghana?s home matches in the qualifying series for the 2014 World Cup. However, the Commission?s report stated that the beneficiaries of these indemnity payments were unknown and were prone to misappropriation, abuse and the enrichment of officials. What next? The report recommended a more thorough investigation of the USD 200,000, which was described by the audit report as ?suspicious?, paid to the President of the Ghana Football Association in order to establish the truth behind the payment. The directive was agreed to by the Government on page 8 of the White Paper issued earlier in June. The White Paper said: The US$200,000.00 paid to the GFA President, Mr.Kwesi Nyantakyi, by the State towards a?friendly match whilst preparing for the World Cup 2014 in Brazil should be further?investigated vis-?-vis match agent funding of the friendly matches to the World Cup 2014?to clear any doubt of double funding and/or misappropriation of funds.