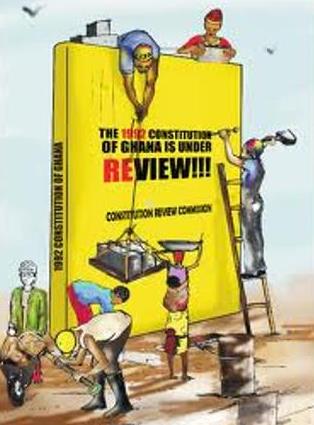 Those who did not follow his brief career as Attorney-General and Minister of Justice in the Atta-Mills administration tend to envisage Mr. Martin Amidu as a legal genius. Which, of course, is not in any way to imply that the man is not adequately equipped where the practice of the law is concerned. Rather, it is to observe that the field of legal practice and scholarship is far too broad for any single legally trained mind to cavalierly presume to fully appreciate.

I personally lost much of my confidence in Mr. Amidu’s handling of the case involving the decidedly farcical cherry-picking of the alleged executioners of Ya-Naa Yakubu Andani, II, the traditional overlord of Dagbon. He would later claim that he had only inherited the judicial prosecution of the alleged criminal suspects, at least one of whom could not have been either a co-conspirator or an executioner of the Ya-Naa, because the alleged suspect was a toddler in 2002, or thereabouts, when the crime, which also involved the cold-blooded massacre of at least some 40 attendants of the Dagbon paramount king.

Even so, Mr. Amidu had been expected to have prosecuted the case in the most legally appropriate, or professional, manner and not passively go along to get along. In the Woyome Heist that caused his dismissal from the Atta-Mills cabinet, the dismissed Attorney-General, who would later claim to have been a victim of conscience, had not promptly spoken up against an egregious executive illegality on grounds of protocol. Indeed, the manner in which the Woyome Epic Heist was handled and deliberately bungled by the Attorney-General’s Office, left absolutely no Ghanaian in doubt that the National Democratic Congress is a party whose leadership hears and sees no evil.

To be certain, the NDC leadership villainously lacks the capacity to take responsibility for both its actions and inactions. And so it comes as hardly any surprise that nearly every reputable or, rather I should say, prominent legally trained member of the National Democratic Congress, including cabinet appointees, has a hard time coming to terms with the fact that the sort of flagrant incitement to the hatred of the members of the Supreme Court, allegedly perpetrated and propagated by the Montie Three media operatives, has absolutely no protection even under the specious guise of free speech as enshrined in the 1992 Constitution.

This is the primary reason why, even as Mr. Loh pointedly observes, legal pugilists like Mr. Amidu are having such a hard time in accepting the fact that the Supreme Court of Ghana is constitutionally empowered with certain inherent privileges among which is the power to summon, indict, prosecute and imprison patent anti-social and anti-civil elements of Ghanaian society. But what is even more edifying to observe here is Mr. Loh’s expatiation of the fact that Attorney-General Marietta Brew Appiah-Oppong could not have caused the arrest, indictment and prosecution of the Montie Three because the current Constitution of Ghana does not privilege the Attorney-General with the power to arrest and prosecute persons deemed guilty of criminal judicial contempt. Rather, such power and/or privilege is directly invested in the Supreme Court itself.

This may be the “constitutional deficiency” that Prof. Stephen Kwaku Asare alluded to in one of his most recent articles, which may have prevented Attorney-General Appiah-Oppong from effecting the prompt arrest and prosecution of the Montie Three Gang, charged and imprisoned for the culpable crime of judicial contempt. If the Supreme Court has been so invested by the 1992 Ghanaian Constitution, then it is clearly superfluous for any critic to suggest that Messrs. Salifu Maase (aka Mugabe), Alistair Tairo Nelson and Godwin Ako Gunn ought to have been indicted, prosecuted, convicted and imprisoned by executive officials constitutionally unencumbered to do so.

In sum, there is no gainsaying that Mr. Amidu comes off as a remarkable academic lawyer. But as a legal practitioner at work in a legitimately constituted court of the land, the jury may still be out on the man whose legion of admirers have nicknamed him The Citizen Vigilante.

Manner of attempted arrest of Sosu offends Constitution-Speaker of Parliament