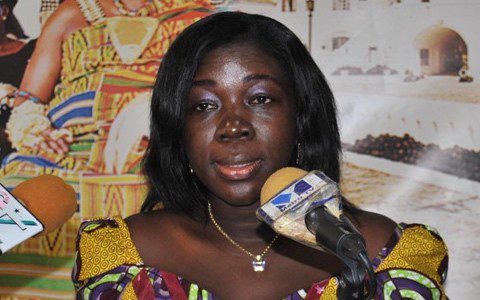 A recent study has revealed that Ghana?s tourism has entered a phase of slowed growth and is also so structurally defective that it cannot create the desired number of opportunities to make the needed impact.

Tourism Research and Advocacy Centre (TRAC), a tourism think-tank and advocacy organization, which conducted the study on Ghanaian tourist attractions, believes that in order to create opportunities for tourism, the sector must among others, be declared a priority sector for the next five years.

A press statement issued by TRAC over the weekend in commemoration of this year?s World Tourism Day, indicated that if challenges facing the sector ?can be overcome, tourism has a very bright potential as a tool for spearheading Ghana?s development.?

Marked every September 27, this year?s World Tourism Day celebration was on the theme ?One Billion Tourists, One Billion Opportunities.?

The statement read by Prof. Kwaku Boakye, a researcher and an Executive Officer of TRAC, indicated that the study explored Ghana?s tourism experience over the past two or three decades in terms of tourist arrivals, earnings, economic indicators and opportunities for tourism.

On tourists arrival, it stated that although it has continuously increased over the past years, the marginal rate of growth over the last decade has been stagnating and that the more recent sharp dip, was between the year 2004/2005 after which the trade has since not recovered.

According to the statement, the marginal rate of increase in earnings has stayed flat over the last seven years.

On economic indicators, the study said the growth in supply factors from 1996 to 2001 era, has been faster than the post 2001 period, while contributions to the Gross Domestic Product ( GDP) has also dipped in marginal terms over the last five years.

According to the statement, over the past 30 years, tourism has created some opportunities in the form of business ownership and direct employment in tourism related facilities such as restaurants, hotel, attraction sites, and car rentals among others.

However, the opportunities, it said, have not been widespread particularly at the level of the host community and that such communities still remained unchanged after continuously receiving increased number of tourists.

On challenges plaguing the sector which may have accounted for the slowed growth, the statement enumerated limited number of attractions, limited experiences at the attractions coupled with poor access to such attractions.

Others, it said, were lack of professionalism especially among front level staff, poor marketing of attractions and hostile operating environment for tourism service providers, such as multiple taxes, high operating cost due to weak external challenges such as the present power challenges and financial climate.

The statement said though the United Nations World Tourism Organisation (UNWTO) forecasts a growth of three to four percent for 2015/2016 period, the figure for Ghana would be less and that arrivals in the country were expected to decline by at least five percent.

This, it noted, was due to the lingering effects of the Ebola crisis, rising concern of security especially in the sub-region relating to terrorism activities and locally, the recent Bunso walkway accident.

Other reasons it further enumerated were economic challenges in both demand and supply perspective, especially on the domestic front, narrow attraction offerings as well as hostile operating environment.

On the way forward, it suggested massive investment in tourism- related infrastructure, creation of stronger backward linkages especially with the agricultural sector, creation of new attractions, capacity building of host communities and regular training of frontline staff of tourism centres.

Caterers in tourism and hospitality sector trained in digital skills

Ghanaian youth urged to explore all aspects of tourism