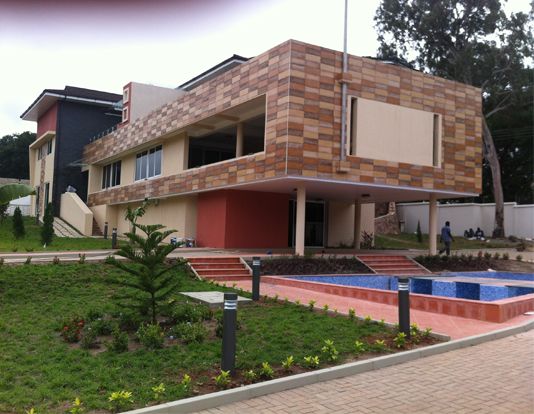 Mr Frank Danyansah, Chief Executive Officer of Danywise Estate and Construction has indicated that the cost of the official Vice Presidential residence was enough to provide 600 housing units for the country. The Construction expert revealed this in an interview with the Ghana News Agency, following the Veep’s revelation that the official vice presidential bungalow cost 13,900,000.00 dollars.

“The amount above can give this country about 600 units of three-bedroom houses which can be given to civil servants or public sector workers teachers, nurses, Police to help them across the various 216 districts.

“It can help reduce our housing deficit. It could be used to build affordable houses for our numerous head porters found on the streets or even health facilities across the various districts,” he said.

He said Ghana’s housing deficit stood at 1.7 million units, and was projected to escalate into two million by 2018.

Mr Danyansah expressed his misgivings about the report: “The revelation below shows clearly how misplaced our priorities are.”

He called for a probe and further downward review of the project and its associated costs, with a request for immediate scrutiny as he believed justice had not been done on the public purse.

He told the GNA that the document from the Architectural and Engineering Services Limited (AESL) confirmed the $13.9 million-dollar figure quoted by Vice President Mahamudu Bawumia as the actual figure for the project.

He said per the document, the total cost of the project was $13,968,252.66 dollars, covering the cost of stone facing works, hard wood panel doors, external electrification works, sculpture and emblems.

He said he understood upon further review of the document that when minds “are set to create, loot and share, there is always oversight, mostly at stating the Provisional Sums.”

Mr Bright Simons, an official of IMANI Ghana, a political Think-Tank attributed the inflation to lack of transparency.