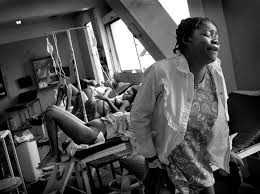 Antenatal care had increased to 60 per cent, skilled delivery to 70 per cent and postpartum/postnatal care (PNC) improved to 75 per cent, Dr Winfred Ofosu, Acting Regional Director of Health Service, has said. 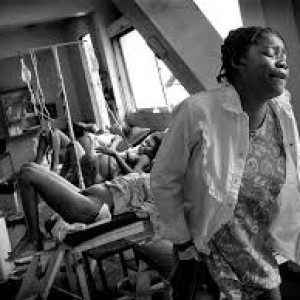 Dr Ofosu described the improvement of maternal and neo-natal health status as a super goal.

He said the overall project goal is to strengthen the implementation of CHPS where access to primary health care is limited.

He made this known at a the final Dissemination Forum held in Wa to share some good practices noticed through the project for the improvement of maternal and neo-natal health services utilising CHPS system in the region.

“The Project for Improvement of Maternal and Neonatal Health Services, utilising CHPS system in the region,” is a technical co-operation project funded by JICA and implemented from September 2010 to September 2016, with the provision of 66 health centres.

“The first phase of the project was implemented from 2006 to 2010 to strengthen the implementation of CHPS and it supported the functioning and enhancement of CHPS, providing quality training to Community Health Officers, who are important human resource for CHPS, carrying out system strengthening, development of materials and building a CHPS monitoring system,” he said.

Dr Ofosu said the second phase also started in 2011with the aim of strengthening maternal and neonatal health within the framework of CHPS implementation would end next month.

Alhaji Amidu Sulemana, Regional Minister expressed gratitude to JICA and Japan for the provision of 64 CHPS and installing equipment in all of them.

The CHPS implementation status in the region, has population coverage of 55.01 per cent and currently, 19 CHPS compounds are under construction, which is quite commendable, he said.

Alhaji Sulemana explained that the successes chalked out under the project are many and most of them centred around community involvement in the fight against maternal and child mortality.

“Mothers in the region now take the lead in improving maternal and neonatal health with the support of their husbands which was not the case in the past,” he said.

He appealed to municipal and district assemblies in the region to learn from the project and continue with the fight until “we get zero maternal and neonatal deaths in the region”.

Alhaji Sulemana noted that even though the project has ended, the region is looking forward for more collaboration in other areas with JICA and expressed the hope that the good relationship between the people of Japan and Ghana would continue to be strengthened.

He appealed to JICA to consider partnering the Regional Inter-agency Coordinating Committee on Sanitation, in the fight against open defecation and other environmental health issues to prevent diseases.