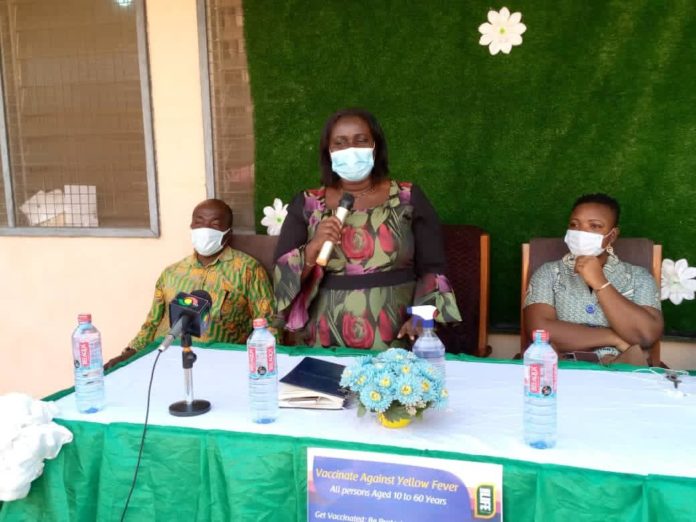 The Central Regional Office of the Ghana Health Service (GHS) on Thursday launched the Yellow Fever Vaccination Campaign at the Elmina Polyclinic in the Komenda-Edina-Eguafo-Abirem (KEEA) District of the Central Region.

The yellow fever disease preventive awareness campaign was to create awareness across the region.

Launching the Campaign, Dr. (Mrs) Akosua Agyeiwaa Owusu-Sarpong urged the people between the ages of 10 and 60 to get vaccinated in all health centres and immunization outreach points, adding that the vaccine was safe and free.

She indicated that 11 districts in the region will be involved in the campaign which will end on Wednesday, November,18.

“The vaccination is free, get vaccinated and be protected for life,“ she added.

Speaking on the nature of the disease, Dr Owusu Sarpong noted that it was an acute viral hemorrhagic disease transmitted by infected mosquitoes which had no cure and can only be sustained with supported treatment.

She asked pregnant women and children below 10 years from taking the vaccine because it was not safe and could ignite serious complications.

For his part, Dr Kwabena Sarpong, the Deputy Regional Director of Public Health, said even though the region is at high risk of yellow fever, it had not yet recorded any confirmed case.