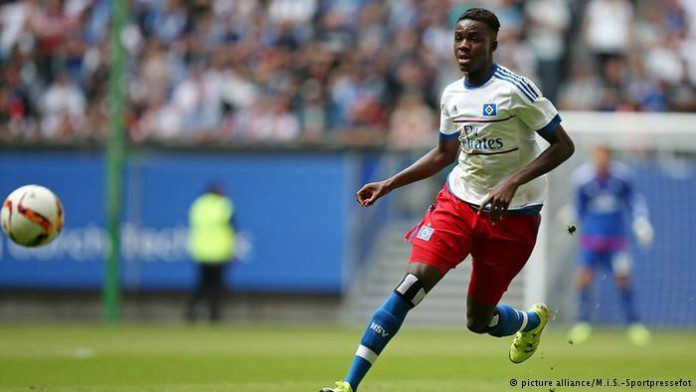 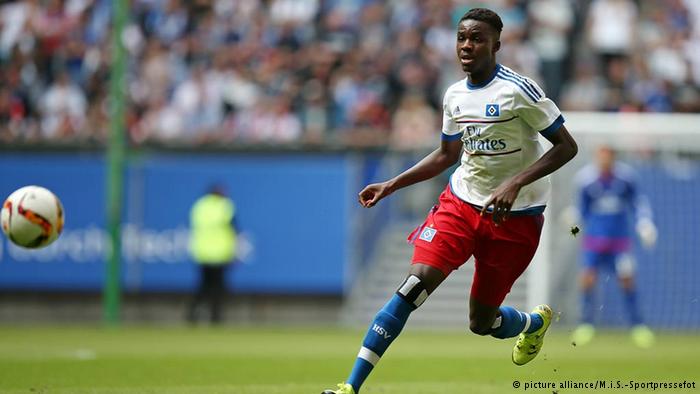 Ghanaian starlet Gideon Jung drew plaudits for his sterling show for Hamburg SV who fought twice from behind to beat VfL Stuttgart 3-2 in the German Bundesliga on Saturday.

Jung, 20, was playing his second Bundesliga game but bossed the midfield who his brilliant display, lasting the entire duration of the game at the Imtech Arena.

The D?sseldorf-born was booked in the 73rd minute for holding a Stuttgart player but his confidence and strong presence in midfield despite his tender age drew applauds fans and raving reviews from pundits who watched the game.

Their hopes of holding on to victory were dealt a blow when Florian Klein earned his marching orders with more than half an hour still to be played.

However, it was not until the final six minutes that Hamburg were able to take advantage of the extra man, Pierre-Michel Lasogga levelling before Johan Djourou grabbed a winner to leave Stuttgart at the foot of the table following two defeats and Hamburg celebrating their first win of the campaign.

Jung was born to Ghanaian parents in Germany and is one of the highly-rated youngsters playing in the German top-flight.

He is yet to be capped by Germany at any level while Ghana are yet to express interest in luring the talented youngster to play for Ghana.