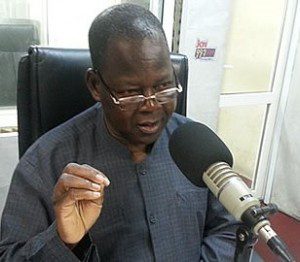 Ghana Integrity Initiative (GII) wishes to commend H.E. John Dramani Mahama, President of the Republic of Ghana for acting in accordance with Article 146 (9) of the 1992 Constitution to remove Madam Lauretta Vivian Lamptey from office on the recommendations of the Committee set up by the Chief Justice that investigated acts of abuse of office levelled against her. This prompt action will contribute to the creation of an aura of confidence in the people of Ghana who can now hope to rest assured that swift action will be taken against public officers who abuse their office, assuming that similar action will be taken against other reports, such as the Judgement Debt Commission’s report and the FIFA 2014 Commission’s report, currently awaiting action and future acts of impropriety and corruption.

However, in the spirit of transparency and accountability, GII demands that the Committee’s report be published to assist Ghanaians to recognise and avoid similar actions in the future wherever and whenever they occur. GII maintains that it is incumbent on officials who hold public office and are paid with public funds to demonstrate the highest standards of integrity in the performance of their duties. It is in this regard, that GII is demanding the publication of the report as the content will be relevant in preventing future occurrences of this behaviour in our public sector.

GII also calls on the President to avoid undue delays in the appointment of a substantive Commissioner in consultation with the Council of State. This request is in line with Article 216 of the 1992 Constitution which requires that CHRAJ consists of a Commissioner and two Deputy Commissioners. GII wishes to emphasise that the positions of heads of independent constitutional bodies should not remain vacant for unduly long periods (as has happened in the past) and acting positions should normally not exceed six months.

GII wishes to applaud the efforts of Mr. Richard Nyamah of the Progressive Nationalist Forum and Hon. Annor Dompreh, Member of Parliament, Nsawam Adoagyiri, for using the appropriate rule of law channels to pursue this matter to its logical conclusion. GII further encourages all Ghanaians to become watchdogs of the State’s assets and contribute their efforts to minimise corruption as required by the National Anti-Corruption Action Plan (NACAP) which was approved by Parliament and which enjoins all citizens to do so.

This statement is a follow up on GII’s statement issued a few months’ ago calling for the release of the Committee’s report and the statement issued earlier this year calling on Madam Lauretta Vivian Lamptey, the then Commissioner of the Commission for Human Rights and Administrative Justice (CHRAJ), to resign following the allegations of acts of abuse of office levelled against her.