The Ghana Immigration Service (GIS) within the first three months of the year, generated revenue totaling GH?213,585.00 in the Ashanti Region. 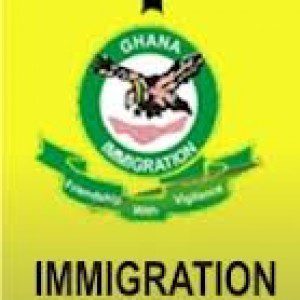 This came from permit processing and penalties imposed on foreigners caught engaging in illegal gold mining.

Chief Superintendent of Immigration (CSI) Smart Osei-Bonsu, the Regional Head of the Service, who announced this, put the revenue they mobilized, last year, at GH?1,586,297.50.

He was speaking when the Regional Minister, Mr. Simon Osei-Mensah, accompanied by his deputy, Madam Elizabeth Agyemang, visited the office as part of his tour of security installations in the region.

The goal was to familiarize himself with the operational challenges the security agencies were facing and how to tackle these.

CSI Osei-Bonsu informed the Minister that they had triggered the legal processes for deportation of 13 foreign nationals arrested over illegal mining operations.

He spoke of the strengthening of the collaboration with Ghana Police Service and the Ghana Tourism Authority (GTA) in response to terrorist threats in the sub-region.

Hoteliers and other operators in the hospitality industry in the region continued to be sensitized to help everybody to do the right things.

CSI Osei-Bonsu indicated that all had, however, not been smooth and that the GIS had been struggling with office space and inadequate logistics including vehicles.

He said they had been sharing offices with other institutions, something that was not helpful to the keeping of confidential information.

The Service, he stated, also boasted of only four vehicles in a region with one metropolitan, eight municipal and 21 district assemblies.

He therefore appealed to the government to help provide them with the resources to operate smoothly.

Mr. Osei-Mensah applauded the officers for the good job they were doing under difficult circumstances and promised to take up their concerns with the appropriate authorities to get these fixed.