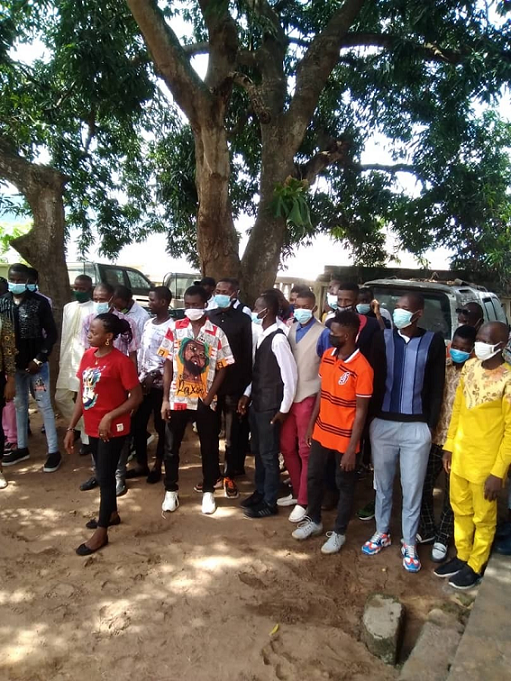 He reminded them that the Executive Instrument that underwrites the closure of the country’s borders had not been lifted for human traffic and would interpret its tenet viciously if the disregard continues.

Mr Nantuo made these pronouncements during a brief with the Ghana News Agency, when Servicemen intercepted some 34 nationals of neighbouring countries attempting to reach Accra through unapproved routes but were arrested at Asikuma inland port.

He said about 300 of such nationals including Nigerians, Togolese, Beninese, Burkinabes have been busted in batches between January and April, 2021, have since been repatriated to their various countries.

He disclosed that similar arrests and repatriation involving some 500 nationals were made along the Bolgatanga corridor and in the last week in the Volta Region alone, some 98 and 33 illegal immigrants were arrested and repatriated into their original countries.

He said the saboteurs have been arrested at Akuse, Asikuma, Sege, Somanya and Sogakope inland borders were developing the penchant to deliberately outwit Servicemen, but assures the public his men and women were resilient and up to the task.

He said their modus operandi was to search for greener pastures, visit families and mostly internet networking marketing, cyber-fraud with the connivance of ‘okada’ riders carting them through unapproved routes for a fee.

Mr Nantuo re-emphasised that as frontliners at the country’s entry and exit points “we shall not let down the structures of national security for convenience or benefits,” but exhibit professionalism associated with GIS.

He said the Service was collaborating with sister security agencies to police the borders and share intelligence, which he said was yielding dividends.

He said “stay away from our borders until opened,” reminding them that the sanctions of the E.I were punitive spanning four years and a fine of GHC120,000 or both.

“Tell your compatriots to refrain from these trends or face the rigours of law.”