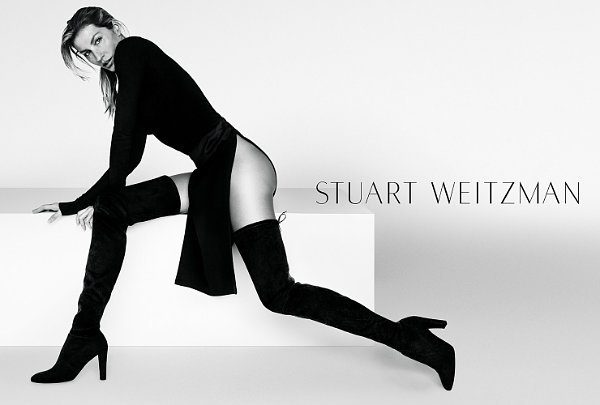 The campaign marks Gisele?s third season with the company. The advertisements will hit publications in September with additional outdoor ads, including billboards and kiosks, running in Los Angeles, New York, Milan, Paris and Hong Kong. Stuart said in a press release, ?I could not have picked a better pair of legs than Gisele?s to show off such a sexy boot. She defines the term ALLLEGS, and inspired its name.?

Back in April, Gisele made headlines after posing completely naked for Vogue Brazil. At that time, she flashed her sideboob and her booty while posing on top of a black podium box and holding a ?G? and ?20? close to her long legs.

Tom Brady?s wife confirmed her retirement from catwalk back in March. At that time, her sister and representative Patricia said in a statement, ?Gisele will focus on special projects and also spending more time on her number one priority: her family. She is already cutting back on catwalk appearances and will bid adieu to shows in her own country during the Colcci brand presentation at Sao Paulo Fashion Week.?