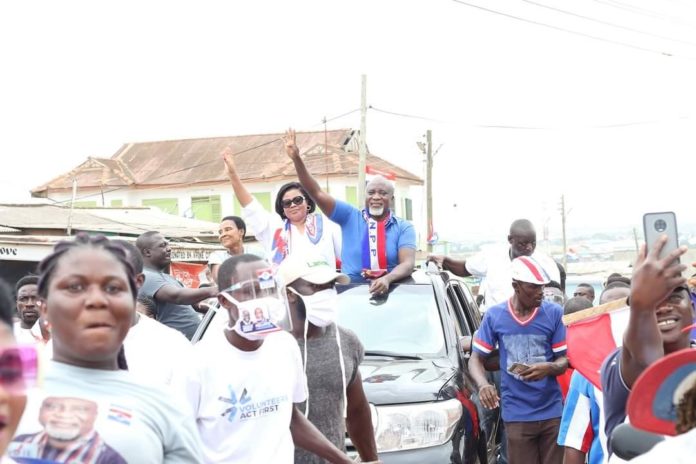 Mr. Hopeson Yaovi Adoye, New Patriotic Party’s (NPP) parliamentary candidate for Kpone-Katamanso, has appealed to the electorate to give him a chance to serve them as their member of parliament.

Mr. Adoye made this appeal during an interview with the media after a campaign tour of the Kpone-Katamanso constituency.

He said he was the best candidate to represent the constituency in parliament, saying, he had the needed skills and confidence to lobby for developmental projects for the area.

According to him, the opposition National Democratic Congress (NDC) had held on to the Kpone-Katamanso seat since the inception of the fourth republic and had nothing to show hence the need to change that trend.

The Ghana News Agency observed that Mrs Gifty Adoye, a popular gospel musician had joined the husband’s campaign train amidst singing and cheering to NPP campaign songs through the principal streets of the constituency.

Many party members joined the campaign to express their support and love for the party.