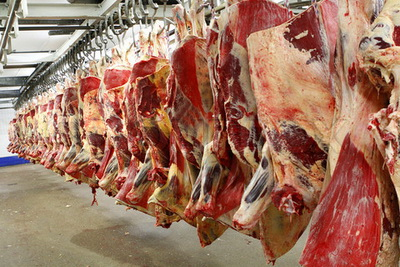 Butchers at the Takoradi temporary market in the Sekondi-Takoradi Metropolis have appealed to the Government to help them with loans to boost their meat business due to the rampant increase in exchange rates.

According to them, exchange rates had a significant impact on the prices they paid for imported products and the fact that they imported cattle from Burkina Faso, was impacting negatively on their business.

They indicated that, comparing the price for the previous price to that of this year, the former was better, adding, customers were unable to buy meat, especially beef, these days due to the price hikes from GH¢18 to GH¢22 per pound.

One of the butchers who mentioned his name as “Rasta” told the Ghana News Agency that, the depreciation of the Cedi to the CFA had resulted in the high price of cattle imported from Burkina Faso.

Narrating how he lost huge capital in the business after moving from the old market circle to the temporary place, he said, “we really need loans for this business, else, I will personally stop this work.”

Alhaji Abu Anama, Chairman of the Sekondi-Takoradi Butchers Association, expressed his disappointment over the slow pace of sales at the temporary place saying, “COVID-19 was limiting the market hoping that the ease of the restrictions by the President will bring some relief, but our expectations have turned otherwise.”

He explained that they were still in business because restaurants, pubs and chop bar businesses were buying the meat in larger quantities without which they would have been out of business.

“Now, we do not know what to do, individual buyers are not buying, currently, one cow cost   GH¢10,000 which is a huge sum of money,” he lamented.

Alhaji Angama in that regard, pleaded with the Government to intervene in the unstable nature of the CFA over the Cedi to help ease the cost involved in their business.