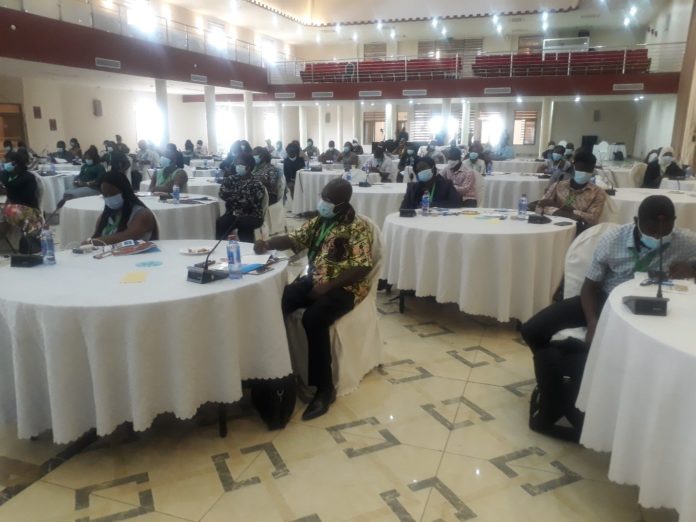 The session one of the 11th Edition of a Master Training Programme (MTP) to promote the African Cashew Value Chain commenced on Monday in Sunyani.

The five-day programme scheduled to end on Friday, August 21 is under the auspices of the Competitive Cashew initiative/the Deutsche Gesellschaft fur Internationale Zusammenarbeit (GIZ/ComCashew) in partnership with the African Cashew Alliance (ACA) with support from the Ministry of Food and Agriculture (MoFA) and the Cocoa Research Institute of Ghana.

It provided a platform for 60 cashew experts from across Ghana to share knowledge, discuss best practices and lessons learnt as well as to build networks for future collaboration, a press release signed and issued by Mr. Jeffrey Walters Okusu, Communication Officer, GIZ/ComCashew and copied to the Ghana News Agency on Monday in Sunyani stated.

According to the statement participants would return to their host institutions and have a multiplier effect on the cashew industry by sharing their knowledge and experiences gained.

The statement said during knowledge sharing sessions of theories and their applications, participants learnt about all aspects of the cashew value chain ranging from production and processing of the raw cashew nuts to economics, cashew market dynamics, marketing and financing mechanisms.

The release said facilitators and technical experts would teach, evaluate and re-design each training session according participants’ needs.

It said sessionswould covered the cashew value chain concept, the dynamics of the cashew market and the development of training materials and a field visit to a cashew processing factory in the Bono Region.

The statement said all sessions will cover cross-cutting issues such as gender, policy development sector regulations and nutrition value of cashew products.

This edition of MTP is divided into two successive sessions to be held within two months in Ghana, and in-between the various sessions, referred to as “inter-sessions”, participants would return to their host institutions to conduct field work, either individually or in groups to deepen their knowledge on selected topics, the statement said.

According to the statement after completion of the programme, the participants will become certified and acknowledged cashew experts who would train farmers, aid processors and advise institutions in their respective regions.

The GIZ/ComCashew constitutes a new type of multi-stakeholder partnership in development cooperation. The initiative is mainly funded by the German Federal Ministry for Economic Cooperation and Development and the Swiss State Secretariat for Economic Affairs.