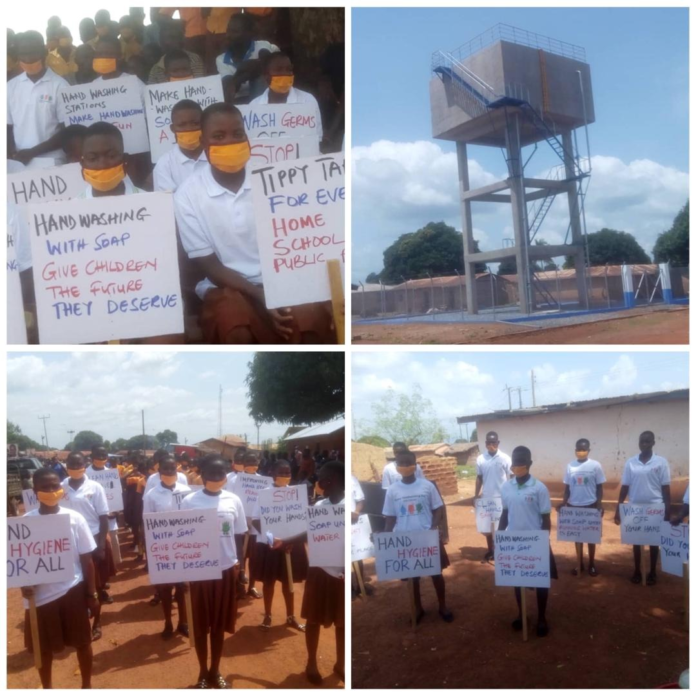 Global Communities, a non-governmental organisation (NGO), has marked this year’s “Global Hand Washing Day” with residents of Tinjase in the Nkwanta North District of the Oti Region to increase awareness on the importance of hand washing with soap under running water.

The NGO, with focus on education for children, sanitation and hygiene, brought together pupils from Tinjanse L/A School, teachers, officers from Global Communities and volunteers to participate in the programme.

Global Hand Washing Day is observed to increase awareness and understanding of the importance of hand washing with soap under running water.

The United Nations chose October 15, annually, to observe the Day as part of efforts to attain clean hand washing as a daily habit.

This year’s theme is: “Hand Hygiene for All,” reminding the public of the importance of hand hygiene, especially in critical times like the Covid’19 pandemic, to protect the health of the citizenry.

Mr Alberto Wilde, the Country Director, Global Communities, said the ‘Wash for Health Project’ started its operations in the Nkwanta North District in 2015 with community lead total sanitation (CLTS) implementation in 12 communities, which had expanded to the entire district.

He said about 61 communities had been declared Open Defecation-Free (ODF) by the Regional Inter-Agency Coordinating Committee on Sanitation with almost 80 percent of households having improved latrines and hand-handwashing stations in close proximity.

The project had undertaken interventions for behaviour change in the District including the construction of eight latrines, rehabilitation of 13 broken down boreholes, drilling new boreholes for nine communities, and three limited mechanised boreholes for Community-based Health Planning Services (CHPS) compound.

Mr Wilde said one small town water system with a capacity of hundred cubic metres had been provided for the Tinjase Community.

The project had trained more than 300 extension workers to engage school children and community members to adopt healthy handwashing behaviours.

He, therefore, gave a two-month ultimatum to have a household toilet to avoid open defecation and keep the environment clean.

The DCE said the Assembly would not hesitate to prosecute people who failed to comply with the two months grace period, urging them to take advantage of the opportunity offered by the Global Communities to construct the facility in their homes.

Mr Jakayi said the District cherished peace and so any individual or group found to engage in acts that threatened the peace would be dealt with by the security officers.