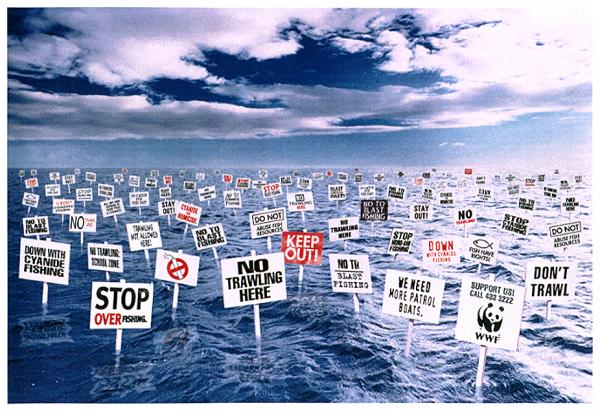 The Environmental Justice Foundation (EJF) a Non- Governmental Organization (NGO), has called on all nations to implement freely available, cost-effective measures that would give all stakeholders much greater control over their seafood supply chains.

The Chinese water fleet continues to harm developing countries through the loss of billions of dollars in revenues and by contributing to unsustainable levels of illegal, unreported and unregulated (IUU) fishing, all of which threaten the livelihoods and food security of legitimate fishers and communities.

The call, follows an investigations on the global impact of illegal fishing and human rights abuse in China’s vast distant water fleet by EJF, which revealed that China’s state subsidies have allowed the grossly overcapacity fleet to exploit the waters of nations such as Ghana that needed marine resources for livelihoods and food security.

Such conditions, according to EJF promoted rampant illegal fishing on Ghana’s waters and as such intensified efforts were urgently needed to ensure the safety of their marine.

These were contained in a statement issued and signed by Mr Steve Trent, the Chief Executive Officer (CEO) of EJF and copied to the Ghana News Agency (GNA) in Cape Coast.

In the course of investigations, the statement said testimonies from over a hundred crew aboard 88 vessels showed that 95 percent reported witnessing some form of illegal fishing.

On exploitation of developing nations’ waters, the report indicated that Chinese fleet had become a substantial presence in many developing countries and regions that have limited capacity for monitoring fishing vessels yet are heavily dependent on fishing for local food security and livelihoods.

“Africa stands out, accounting for 78.5% of the Chinese government-approved fishery projects in other countries’ waters. In West Africa the Chinese bottom trawl fleet catches an estimated 2.35 million tonnes of seafood every year – by some estimates, around half of China’s total distant-water catch – valued at over US$ 5 billion.

Many fish populations in the area – such as ‘small pelagic’ fish in Ghana – are heavily exploited, to the point of possible collapse, which would spell disaster for coastal communities.”

Mr Trent on that view said that these state-subsidised vessels are ravaging the ocean, committing human rights abuses and driving environmental injustice, all while hiding behind complex onshore corporate structures preventing those responsible from being held to account.

That the findings had highlight the overarching failure of the Chinese government to effectively control and regulate its distant-water fleet, but also reveal a wider international problem: the shocking lack of transparency across the sector.

He noted that any nation importing fish caught by Chinese vessels should be demanding full transparency along the whole supply chain.

That, he indicated was the only way to be sure that consumers, don’t end up eating slave-caught fish which is driving the destruction of our ocean.