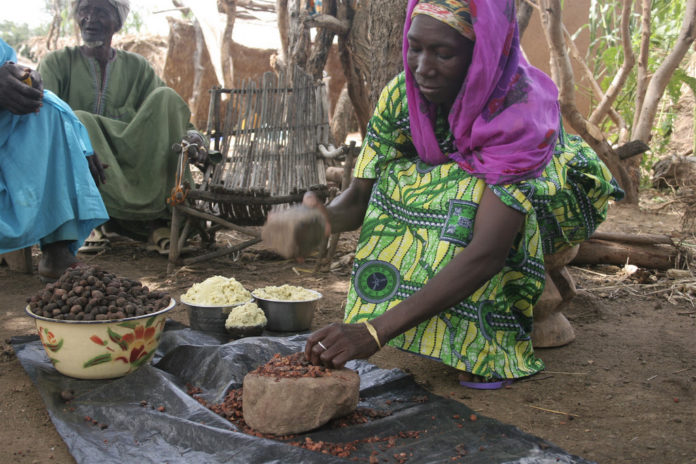 As COVID-19 gains a foothold on the continent, fears are growing that Africa’s fragile health-care systems and economies will provide little protection from the pandemic’s potential ravages.

At the same time, trust in government institutions – one of the most critical resources needed to mount effective societal responses that depend on widespread public cooperation – is sorely lacking in many African countries.

Concern is also growing that regimes that are either unscrupulous or desperate may take advantage of local fears and global pressures to place not just essential, temporary restrictions on public freedoms, but to roll back hard-won gains on a more permanent basis.

While citizens may be ill-equipped to speak or act in defense of their freedoms during an emerging crisis, perceptions that governments are abusing their powers and taking advantage of the situation could undermine public trust still further.

Limiting the effects of the pandemic on Africa and saving lives requires an urgent global response. But the international community must also provide support in ways that strengthen, rather than undermine, Africans’ freedoms.

Data collected from more than 45,800 respondents across 34 African countries during Afrobarometer Round 7 (2016/2018) highlights some of the specific kinds of vulnerability that Africans face as they confront the COVID-19 threat.

At the most basic level, hundreds of millions lack access to clean water for frequent handwashing and cleaning, a critical tool to limit the spread of the virus.

Nearly four of every 10 Africans (38%) went without clean water multiple times in the past year, and more than one in five (22%) lack clean water frequently (Figure 1). 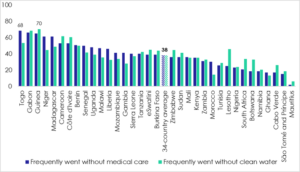 Respondents were asked: Over the past year, how often, if ever, have you or anyone in your family: Gone without enough clean water for home use? Gone without medicines or medical treatment?

Just as troubling, the same number (38%) say that they or someone in their family went without needed medical care in the past year, and nearly one in five (18%) did so frequently. Similar numbers (41%) live in areas with no easy access to a health clinic.

And among the 61% of the population who say they had some kind of contact with a public health clinic in the past year, nearly half (45%) reported that it was difficult to obtain the medical services they needed. Even for those who succeed in accessing health care, weak capacity within the system is a widespread problem.

Many Africans are also economically vulnerable. As nearly all of the continent’s 54 countries go under coronavirus lockdown, survival for many may be threatened not only by COVID-19, but also by an inability to put food on the table. Traders and hawkers, retail workers, and unskilled manual laborers – who account for nearly one-third of survey respondents who reported an occupation – will be among the most vulnerable if lockdowns force them out of work.

A summary table here captures some of these vulnerabilities. All of the 34 surveyed countries have at least one point of vulnerability. Even Mauritius and Botswana, which score in the best-performing third on four indicators of health-care quality, are average or worse in terms of the numbers of people in vulnerable occupations.

And the situation is far more dire elsewhere. Togo and Zimbabwe score in the middle or bottom category on all five indicators of vulnerability. And even in countries scoring in the top third, levels of vulnerability may still be very high (e.g. up to one in three citizens who went without water or medical care).

Past epidemics such as the 2014-2016 Ebola outbreak in West Africa have highlighted the extent to which trust in government is a critical resource for securing the public cooperation necessary to overcome such crises. And initial evidence suggests that trust in government has helped countries like South Korea control the spread of the virus. Yet here, too, the signs for many African countries are troubling.

One piece of potentially good news is that some of the countries facing the largest vulnerabilities in accessibility and quality of the health-care system, including Mozambique, Sierra Leone, and Zimbabwe, enjoy some of the higher levels of trust in government, a welcome resource.

And analysts have frequently noted that trust in other community leaders – especially traditional and religious leaders (trusted by 57% and 69%, respectively) – is typically more robust. Given the trust deficits they face, most African governments will do well to engage these leaders in their messaging about the public’s role in responding to the crisis. 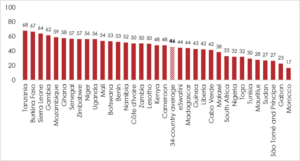 Respondents were asked: How much do you trust each of the following, or haven’t you heard enough about them to say: The president? Parliament? Your local government council? (Figure shows national averages of responses to all three questions.)

Unfortunately, governments that lack the capacity and moral authority to cooperatively engage their citizens in the COVID-19 response may instead resort to harsh coercive tactics. In recent weeks we have witnessed Kenyan police tear-gassing ferry riders before their curfew was even set to start, and South African police beating citizens with sjamboks and shooting at nurses in their efforts to enforce lockdown restrictions.

Of perhaps even greater concern are the clear signs that some countries already edging toward more authoritarian governance may take advantage of the moment to impose greater restrictions intended to become permanent. Newly granted presidential powers, and new limits on public freedoms, may not be so easily be reversed.

Concerns are rising as reports emerge of leaders using legitimate lockdowns, inspired by coronavirus, to strengthen their hold on power at a time when elections are inevitably delayed and opposition protests are necessarily banned.

And fearing for their health and their lives, citizens may acquiesce. When Afrobarometer asked respondents in 2016/2018 about their willingness to tolerate state-imposed limits on freedom of movement when public security is threatened, majorities expressed a willingness to accept the trade-off.

We don’t have data on how ordinary Africans perceive the threat of coronavirus, but as death tolls rise, the public’s willingness to tolerate restrictions, whether temporary or permanent, may well be tested.

It is also unclear, however, whether citizens will continue to endure repression if harsh measures fail to contain health and economic crises.

International stand for health – and freedom

Many African countries will need international support and resources to respond to the COVID-19 pandemic, to minimize the loss of life and to protect and restore livelihoods.

While time is short, and providing assistance shouldn’t be bogged down in complicated conditionality arrangements, donors must keep concerns about the potential political abuses of the pandemic on the radar.

Both fear of COVID-19 and temporarily legitimate restrictions may limit African voices that would demand preservation of critical rights and freedoms. Donors can use their leverage to insist that restrictions be time-limited and transparent, that media freedoms be assured, and that elections be protected or rescheduled in a timely way.

By E. Gyimah-Boadi, Board Chairman and interim CEO of Afrobarometer, and Carolyn Logan, Director of Analysis for Afrobarometer