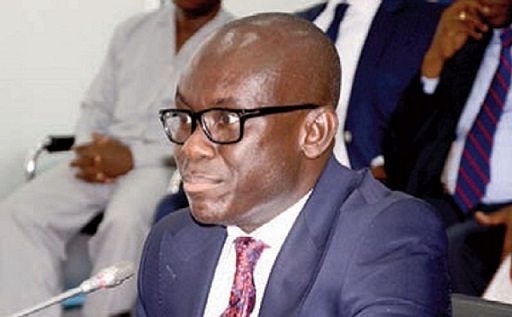 He said records available indicated that Ms Akuffo was never opposed to the transaction and it was clear in all the documents.

“I stand in all respect with what Madam Gloria Akuffo did in respect of the Agyapa Royalties transaction. I am indicating for the records that the former Attorney General was never opposed to the transaction and that is clear in all the documents available to me,” he said.

Mr Dame, former Deputy Attorney General, said this when he appeared before Parliament’s Appointment Committee for vetting on his nomination as the substantive Minister for Justice and Attorney General.

The Government, through the Minerals Income Investment Fund, had set up the Agyapa Royalties Limited to securitise Ghana’s gold royalties.

The company had planned to raise between 500 to 750 million dollars for the Government on the Ghana and London Stock exchanges to invest in developmental projects.

Parliament, on August 14, 2020, approved the Agyapa Mineral Royalty Limited agreement with the Government of Ghana.

However, Ms Gloria Akuffo, who headed the Attorney General’s Office, had described the deal, in an opinion, as burdensome and not in the interest of Ghana.

The Attorney General’s office had explained that the benefits Ghana was expected to derive from the agreement were limited, given the strict obligations and sanctions attached to the deal.

Mr Dame, in a spirited defence, insisted that Ms Akuffo was not opposed to the transaction and that all advice from the Attorney General’s Office had been incorporated into the deal.