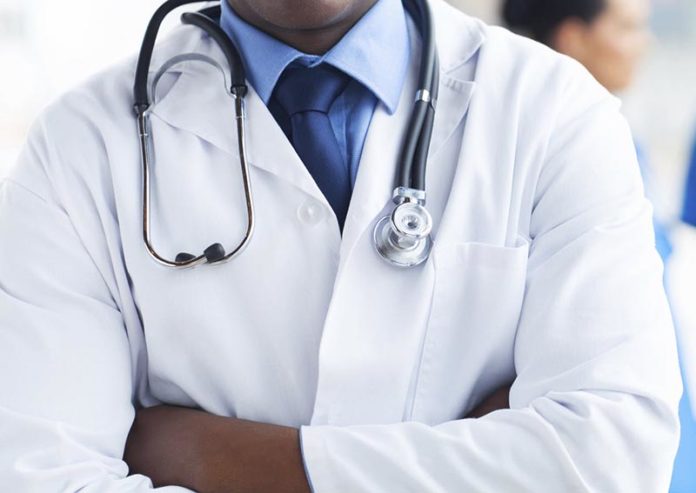 The Complaints and Investigative Unit of the Ghana Medical and Dental Council (GMDC) in collaboration with the Ghana Police Service on Wednesday arrested an alleged quack doctor operating at Adadientem in the Assin South District of the Central Region.

The 56 year old suspect, Samuel Odartei, had over the years been practicing as medical officer from his residence at Assin Adadientem No. 2, in a designated structure, serving people in the town and surrounding villages.

The suspect’s 30 year old daughter, Alberta Lanuekor who was seen wearing a pair of hand gloves busily dressing a patient’s wound, whilst others were s waiting to be attended to, was also arrested.

Deputy Superintendent of Police (DSP) Irene Serwaah Oppong, who is the Central Regional Public Relations Officer, confirmed the arrest to the Ghana News Agency in Cape Coast on Thursday.

She said on Wednesday, June 23, at 0930 hours, a team from the Complaints and Investigative Unit of the GMDC from Accra and a team of Police personnel from the Assin South Police Command acting upon intelligence arrested the suspects.

She said the police took video coverage including shots of the scenes and afterwards arrested and detained the suspects and took custody of a variety of operating items including prescriptive and over the counter medicines.
Both suspects are now in custody assisting with investigations.