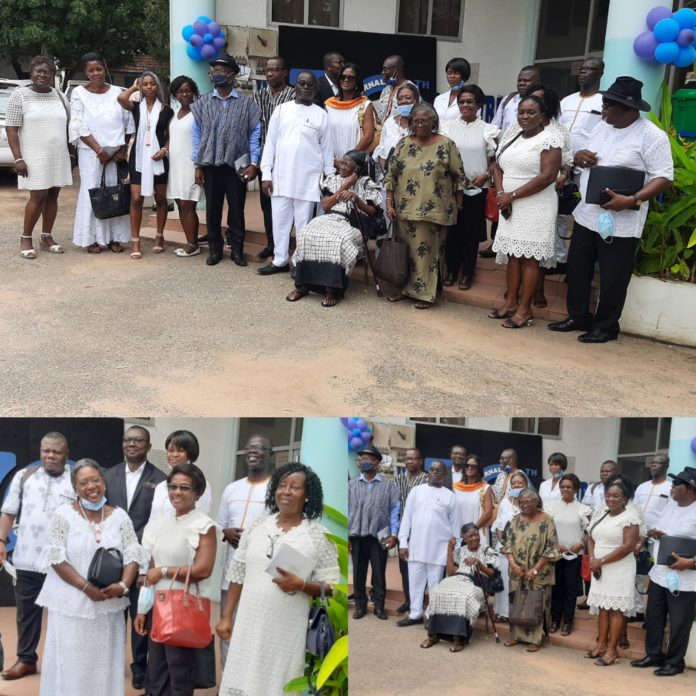 The Ghana News Agency (GJA) and the Ghana Journalists Association (GJA) on Tuesday held a service in memory of Dr. Isaac Goodwin Kweku Aikins, the former General Manager of the Agency and General Secretary of the GJA.

He was 91, and survived by seven children, eleven grandchildren, and a great-grandchild.

Mr Albert Kofi Owusu, the General Manager of GNA, said the undeniable competence of Dr Aikins was what made him the first African to manage the Agency.

He said the GNA was determined to walk the steps of Dr Aikins to promote high and quality journalistic standards and raise the name of the Agency and the nation high.

Mr Affail Monney, President of the GJA, said the death of Dr Aikins came as a shock to the Association because it believed the quality of a man’s life was not measured by duration, but his contribution to humanity.

He said the GJA and the entire media community were the greatest beneficiaries of Dr Aikin’s contribution to humanity, especially for serving with distinction and being an indescribable gift to the profession.

“He made his mark with time as one of the finest journalists Ghana produced and we are inclined, therefore, to do something that will perpetuate his memory,” Mr Monney said.

Mr Goodwin T. Anim II, the son of the late Dr Aikins, said his father, who was meticulous in nature, made Journalism a pillar in his life and he was happy that the nation, especially the media fraternity recognised the legacy he left.

He encouraged journalists practicing in the country to keep the profession robust, ethical and make it a force that informed, shed light on the truth, and kept those in position accountable to the people.

Pastor Joseph Aaron Hagan, of the Adventist Church, who led a sermon at the memorial service, quoted Revelation 14:13, which says: “And I heard a voice from heaven saying unto me, Write, Blessed are the dead which die in the Lord from henceforth: Yea, saith the Spirit, that they may rest from their labours; and their works do follow them.”

He said the good works of the late Dr Aikins followed him, for which he was going to be forever remembered, as having promoted ethical journalism and media development.

Pastor Hagan entreated senior journalists to mentor younger ones, saying Ghana needed honest thinkers to improve the profession as a noble one.

Citing the life of Dr Aikins, he said, people did not need to attain bigger or managerial positions to serve, because the world needed more productive people to make it a better one.

As Ghana prepared towards a general election in December, Pastor Hagan advised journalists to preach peace and encouraged politicians to respect one another, without taking the peace the nation enjoyed for granted.

“Peace is paramount in a nation that promotes democracy and the media must show responsible reportage. The lessons of Rwanda should show that Ghana, especially politicians shouldn’t even take for granted our peace.

“Watch your tongue, watch your pen, think well, speak right and not just anyhow, act right, be mindful of your utterances because what you say can create fire in this country, avoid provocations in your writing. We want to maintain the rule of law in the country,” Rev. Hagan said.