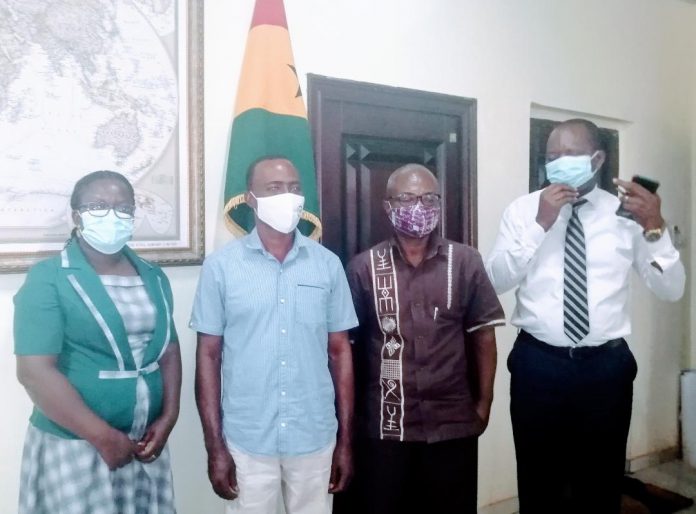 Speaking at a meeting between officers of the Tema Regional office of the Ghana News Agency led by Mr Francis Ameyibor, GNA Tema Regional Manager, the Kpone MCE said “it is the responsibility of GNA to bring to the notice of the citizens’ policies and projects the government is engaged in.”

He said the Ghana News Agency must be seen to be telling the Ghanaian story to Africa and the rest of the world.

“GNA must reinvigorate its news gathering mechanism to serve as a link between the Government and the people at all times.”

Mr Appiah said the proliferation of news portals, an increasing number of fake news and social media should challenge the Ghana News Agency to take control of news dissemination in the country.

“GNA should help the government to defuse the increasing number of fake news, bad reportage and other negative news which are gaining grounds; the Agency must restore its relevance,” he said.

Mr Ameyibor, the GNA Tema Regional Manager, said under the new management of the Agency, news gathering and dissemination had been enhanced with a strong presence in social media and multi-media broadcasting.

He said established in 1957 as the first news agency in Sub-Saharan Africa, GNA contributed to African and Ghanaian emancipation.

He said the GNA, as part of its duty to inform, educate and entertain, was ready to assist the various Metropolitan, Municipal and District Assemblies to sell government programmes and policies to the citizens.

Mr Ameyibor asked the MMDAs to involve the GNA in their programmes, saying “it was time the various MMDAs collaborate with GNA as a state media institution and the main national wire service to ensure that it attains its mandate, to serve as the communication arm of the state”.

He commended the Kpone-Katamanso MCE for the development initiatives, “as the tenets of leadership are to solve problems, offer alternatives and develop your organization, people and the community”.

He said the GNA Tema Regional office had embarked on engagement with state and non-state actors towards nation-building.