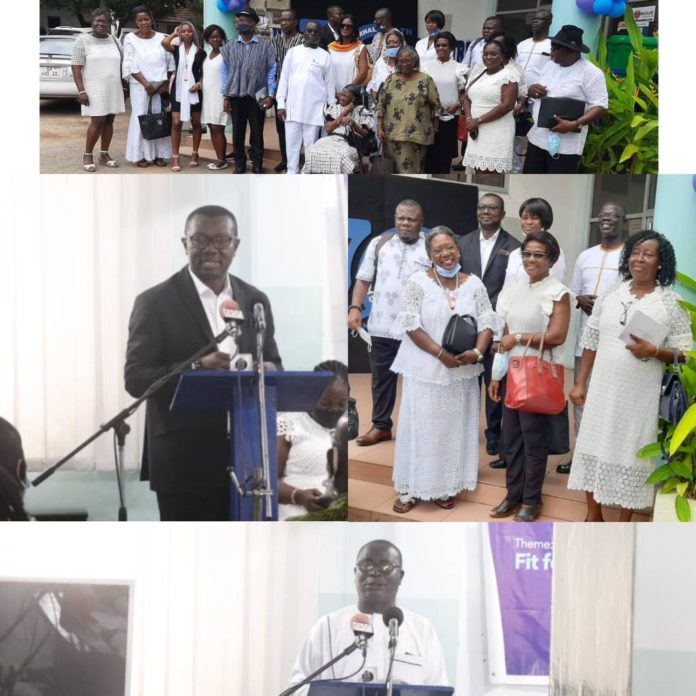 Mr Albert Kofi Owusu, the General Manager (GM) of the Ghana News Agency has declared his preparedness to lead the Agency to stimulate the practice of high journalistic and ethical standards to promote national development.

He said the Agency and the entire media space were privileged to have the significant contribution of Dr. Aikins to ensure their progress.

He made the remark on Tuesday, when the Agency in collaboration with the Ghana Journalists Association held a memorial service for the late Dr. Aikins.

Dr. Aikins passed away on Friday October 2, 2020 after battling a short illness at age 91.

Mr Owusu said: “The undeniable competence of Dr Aikins is what made him a fit in the shoes of a General Manager of the Agency, as the first African to manage its operations.”

His office, he said, was therefore determined to walk the steps Dr Anim led to achieve something great for the Agency and the nation at large.

Mr Affail Monney, the President of the Ghana Journalists Association, said the death of Dr. Aikins came as a shock to them, as they believed the quality of a man’s life was not measured by duration, but his contribution to humanity.

He said Dr. Aikins who served with distinction, made significant strides in the life of humanity, and became an indescribable gift to the journalism profession.

“He made his mark with time as one of the finest journalists Ghana produced and we are inclined, therefore, to do something that will perpetrate his memory,” he said.