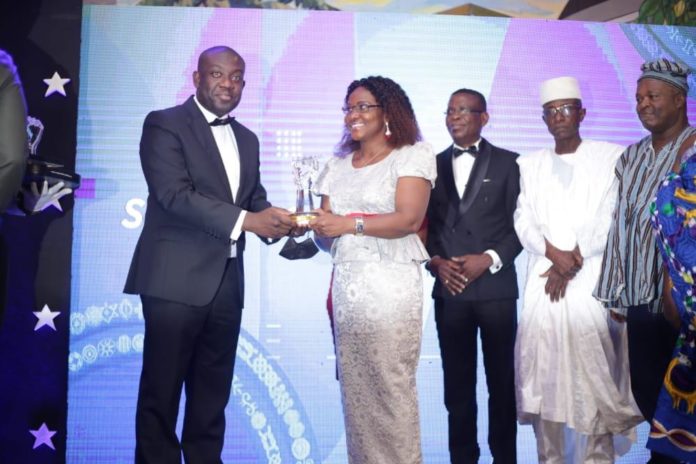 The event was on the theme “COVID-19 and Credible Presidential and Parliamentary Elections: The Media Factor”.

The Best Journalist Award of the Year (the coveted PAV Ansah Journalist of the Year Award) went to Mr Samson Lardy Anyenini, a broadcast journalist with The Multimedia Group.

Mr Kojo Oppong Nkrumah, Minister of Information, encouraged journalists, especially as the nation heads towards the December 7 polls to continue with the excellence and responsibilities that they had held especially during the COVID-19 pandemic.

He also urged them to interrogate matters that had to be interrogated ahead of the election.

Mr Affail Monney, the President of the Ghana Journalists Association (GJA) said the Association believed the media had a crucial role to play in ensuring credible elections at all times and the prevalence of COVID-19 must not in anyway be the shackles on that quest.

“We, however, need the support of other election actors such as the Electoral Commission (EC), political parties, security agencies and civil society organizations to help us achieve credible elections in December.”

Mr Justice Anin Yeboah, the Chief Justice, who was the guest of honour , in speech read on his behalf, noted that the Judiciary was committed to ensuring media freedom in the country.

He said in any ordinary year the media had a significant role to play in society, stating that in an election year however, that role becomes more onerous.

The Chief Justice also called for an enhanced media ethics in this election season; adding that “let’s not indulge in sensationalism. Let’s distance ourselves from misreporting and let’s sanitize our our pages and airwaves..”.

Mr Yaw Boadu-Ayeboafoh, Chairman of the National Media Commission (NMC), said in the political campaigns this year, in the absence of mass rallies because of the coronavirus pandemic, the media had an onerous obligation to inform voters about the competing parties and candidates, campaign issues and arrangements governing the electoral process.

“We should offer access to the parties to enable them proffer what they have to the people and help our people to evaluate and access each of them before casting their vote.”

Madam Stephanie S. Sullivan, the United States Ambassador to Ghana, said with election season already in full swing in the US and Ghana, both nations must be vigilant in maintaining a respected, protected and accountable journalists corps.

She said a free and responsible press that upholds quality and truthfulness enabled informed citizens to input into decision-making and to better hold their political leaders accountable.

“A free press allows democracy to thrive,” the Ambassador stated.

Mr Emmanuel Antwi-Darkwa, Chief Executive, Volta River Authority, reiterated the Authority’s commitment to continue to partner with the GJA to uphold the tenets, ethics, values and standards of journalism to shape the cause of national development.