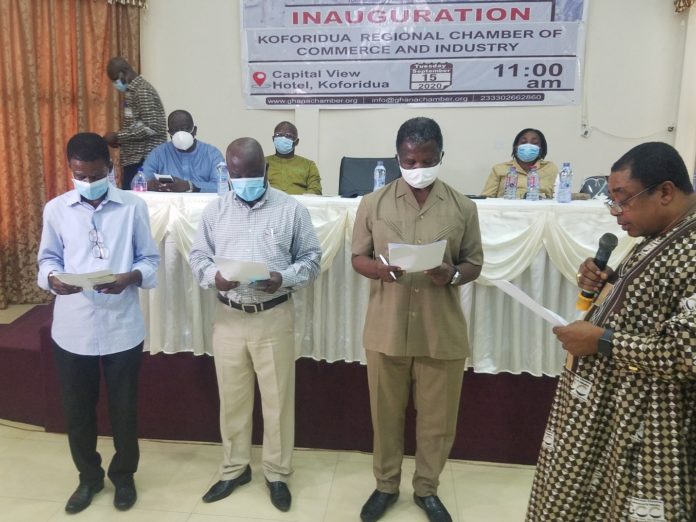 The Ghana National Chamber of Commerce and Industry (GNCCI) has established a credit union to help raise funds to support businesses of members.

Its establishment would help ease the challenges that businesses in Ghana went through. Nana Dr Appiagyei Dankawoso I, President of GNCCI announced this at the inauguration of the Koforidua Regional Chamber of Commerce and Industry(KRCCI) at Koforidua.

He explained that the business environment was changing and Eastern Region could not be left out hence the establishment of the chamber to help create the environment to promote business in the region to grow.

Nana Dankawoso said the chamber had planned to establish an institute for training of entrepreneurs in business development and had established virtual business schools that were currently running.

Dr Seth Adjei Baah, former President of the GNCCI said the Chamber provided opportunities for members to create worth and share and pay taxes to the politicians to develop the country.

He advised the new members of the Chamber from the Eastern Region to take advantage of the opportunities offered by the government to private sector to grow their business.

Earlier in a welcoming address, Mr Henry Okyere Boakye, the interim chairman of the KRCCI said the initiative to establish the KPCCI started three years ago and expressed appreciation to all who contributed to actualise that dream.

Later, a three-member interim executive of the new chamber under the chairmanship of Mr Okyere Boakye was sworn into office