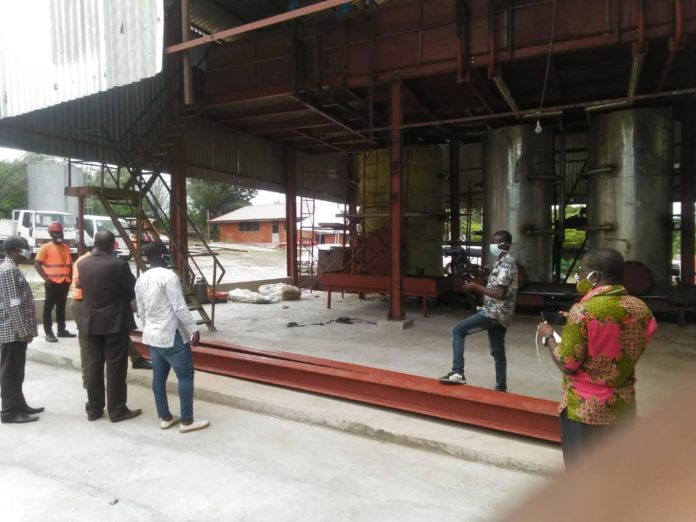 The Ghana National Chamber of Commerce and Industries (GNCCI) has expressed deep concern about the state of Ameen Sangari, a Cape Coast based soap and oil manufacturing industry.

The company had been in existence for over four decades and is the only factory in the Cape Coast Metropolis employing a large number of people in the Area.

The Chamber has therefore, called on the government to as a matter of urgency provide the company with a stimulus package or other available financial support to address its production challenges and to revive the factory which has been the longest private firm in the Metropolis from collapse.

According to the Chamber, getting the company back on its feet was very critical especially during the period of COVID-19 where every country was concentrating on their local industries to revive their economies.

The Lebanese owned Company, which aside from soap and palm oil production, also processes teak into electricity had more than 540 workers in 2015 but had dwindled to a little over a 100 and us on the verge of collapse.

Nana Dr Appiagyei Dankwawoso I, President of the GNCCI who made the appeal, asked the government to expedite action and speed up other processes to revive the factory to save and also create jobs for more people of Cape Coast and its environs.

Leading a team from the GNCCI on an industrial tour at the instance of the Cape Coast Regional Chamber to some factories and industries in the Region, Nana Dankwawoso was highly impressed by the machines at the factory but expressed worry over their current state.

“Keeping the machines idle for a long time, will depreciate their value and eventually become dilapidated”, cautioned.

“For me and my team, we are not happy about the state of Ameen Sangari today. Whatever it is, we are calling for a stimulus package and whatever financial support that exist to support this company”, Nana Dankwawoso added.

“There is the need to expedite action and speed up all other processes to bring back the company to life for Ghana to earn more foreign exchange on its produce”.

Dr Fawad Sangari, Executive Director of Ameen Sangari said the company had to halt operations because it could not bear the cost of energy or compete on both the local and international markets any longer.

He said the oil palm factory of the company, when operating at its maximum level could produce about 50 tones of palm oil a day while its refinery could produce 30 tones per day.

He bemoaned lack of ready market for its electric poles and said the company had in stock over 1,500 electric poles but efforts to get the Ministry of Energy and the Electricity Company of Ghana (ECG) to buy had proved futile.

According to Dr Sangari, the factory could continue to operate if it is an electric pole that had a ready market and implored on the ECG and the Ministry of Energy to consider buying the electric poles which were more durable than imported ones.

The GNCCI team also visited the Central Oil Mills Limited, producers of crude palm oil and the Center of Awareness, producers of (COA-FS’) manufacturing site at Wusorkrom where discussions on challenges and how they could be addressed were held.