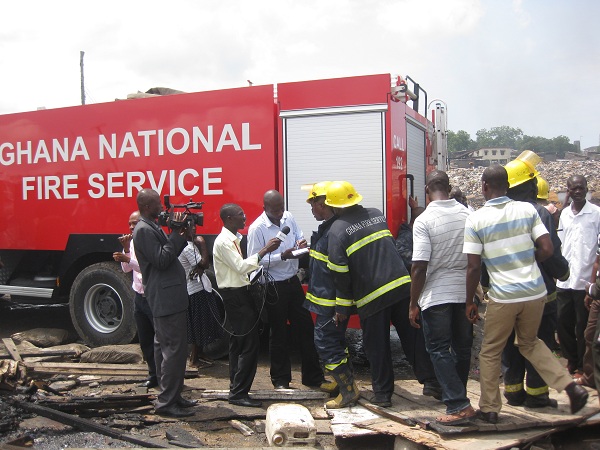 The Ghana National Fire Service (GNFS) has moved to strengthen safety measures at fuel and gas stations across the Ashanti Region.

He was speaking to the Ghana News Agency (GNA) in the wake of the gas explosion at Madina Atomic-Junction in Accra, which claimed seven lives and left in excess of 130 other hurt.

DCFO Fiadzo said they were determined to make sure that safety standards were maintained.

He added that “education and stakeholder meetings would be held to help gas station operators and their workers to do the right things to prevent accidents”.

He spoke against the practice, where entertainment centres were built close to filling stations and said all such centres would be shut down.

He advised filling station attendants to seek the help of the GNFS when refilling or offloading inflammable substances.

DCFO Fiadzo recommended that 25 kilogram trolley extinguishers were installed at gas stations instead of the six kilogram extinguishers found at those places.