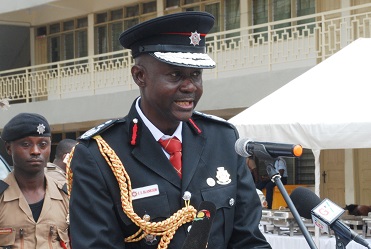 The Ghana National Fire Service (GNFS) has revealed that by the first quarter of 2020 the burns hospital project will commence.

Mr Ekow Blankson, the Chief Fire Officer (CFO), who made this known at the end-of-year party of the Service in Accra, said the specialised hospital seeks, among other things, to enhance the operational efficiency of the Service.

He said in a bid to ensuring the GNFS achieved the biggest progress in its history, a lot of changes and progress would be made.

In the next few weeks 189 Assistant Divisional Officers Grade Two (ADOII) would be promoted to ADO Grade One while 2,433 junior ranks would also be promoted, he said.

“Divisional Officers Grade Three (DOIII) to Assistant Chief Fire Officers (ACFOs) who have spent three years and above will also be interviewed in due course for promotion,” he stated.

The CFO also announced that scholarship to the University of Central Lancashire in the United Kingdom was opened and urged all eligible applicants to apply not later than Friday, January 24, 2020.

He noted that the Safety Directorate of the GNFS exceeded the 2019 Internally Generated Fund (IGF) target set by the Ministry of Finance, by six per cent, and asked for a percentage as retention in the future.

Mr Ambrose Dery, the Minister of the Interior, commended the CFO, directors, as well as men and women of the GNFS for their selfless service to the nation.

He assured them that the Ministry would engage the Ministry of Finance on the retention of a portion of the IGF to enable the Service to embark on more projects.

“I urge personnel to continue to work assiduously in this noble field in order to ensure holistic safety of the citizenry,” he said.