The awareness programme was in commemoration of the World Sickle Cell Day, which falls on June 19, a statement in Accra from the Ghana National Petroleum Corporation (GNPC’s) Communications Department said on Thursday. 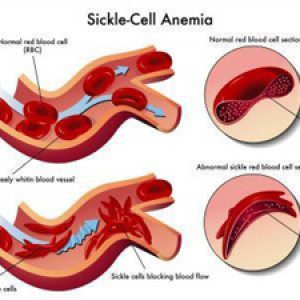 The one-hour long live chat had Professor Kwaku Ohene-Frempong, President of SCF, responding to a range of questions on sickle cell from the public on GNPC’s Facebook and Twitter channels.

Professor Ohene-Frempong and his team who answered a lot of questions helped to break down common myths associated with the disease and how to prevent the transfer of the sickle cell gene.

He said: “It’s such a refreshing experience interacting with so many people in such intimate and direct manner. Indeed, social media is a very powerful tool and we were glad to be able to use it in this manner to engage people from Ghana and all over the world to talk about sickle cell. We need to do this more often.”

Commenting on the importance of the Day, Acting Chief Executive of GNPC, Alexander Kofi Mould said: “Such an occasion to drive a public education campaign and create awareness is a laudable idea and GNPC is happy to partner such life-transforming initiatives.

It was a great opportunity for us to reach out to Ghanaians – families, loved ones and other people who are affected by SCD in one way or the other.”

GNPC has committed $4.5 million towards the construction of a Centre of Excellence for Sickle Cell Treatment and Research at the Komfo Anokye Teaching Hospital, Kumasi.

The investment would cover the cost of acquiring materials, construction, and provision of logistics, equipment and gadgets and further training of medical and administrative staff for the Centre.

As part of the collaboration, the GNPC supported the Foundation last year to provide specialised training for health workers, to embark on outreach programmes.

GNPC was established in 1983 by PNDC Law 64 to provide the institutional framework to support the Government’s objective of providing adequate and reliable supply of petroleum products and reducing the country’s dependence on crude oil imports, through the development of the country’s own petroleum resources.

GNPC to support UENR with US$2.5 million infrastructure – CEO