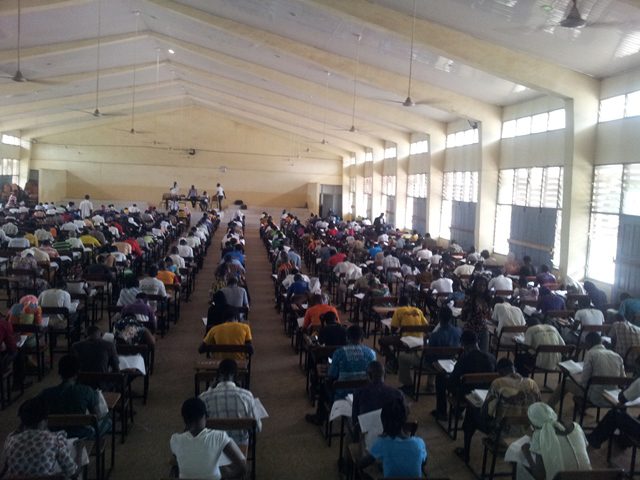 I have keenly apprised myself with all the promises and manifestos of the various political parties contesting the up and coming general elections even though not all of them have good message for students but some do. Political parties try as much as possible to convince students by the inclusion of student-friendly policies in their manifestos. This is because they know the value of students votes. They know students have the numbers that can make or unmake their dream of winning power.

It therefore appears strange to me and so many other students that a scheme is being mounted by tertiary institution heads to prevent us from voting. What is strikingly amazing is the deliberate silence by the ministry of education on this unholy development. If students are critical to decision making in this country, then why these schemes to deny us our inalienable right guaranteed us in the constitution? Could this be a perfunctory decision to prevent students from sailing along the obvious tides in our country?

I have come to the firm conclusion above because the examination timetables of many tertiary institutions have been planned in manner that endangers the franchise of students. Even though no examination would be conducted on 7th December but still majority of students cannot vote.
For instance how is a student expected to write a paper from 2:30pm – 5pm on 6th December and travel to far a distance to vote. What makes the situation puzzling is that, such a student is also expected to return on 8th Dec to write another exam. Incredible!

Given the trajectory of events and coming from the history where most Technical Universities which hither to were known as polytechnics have always written exams after Christmas break, this swift change in the status quo particularly in an election year is suspicious and only lends credence to the perception of many that, some unseen hands are manipulating the system to disenfranchise students. Students are at a crossroad to choose between examination and exercising their franchise.

All issues aside, I want to make a passionate appeal to the Heads to take a second look at this issue and not become agents of disenfranchisement for a ‘certain effect’. Students should rather be encouraged to vote since they form the academic class who understand the real issues in our country and can as such make good decisions for the benefit of our country.

I also want to join the many voices calling for elections day to be declared as statutory holiday in order to enhance our elections.