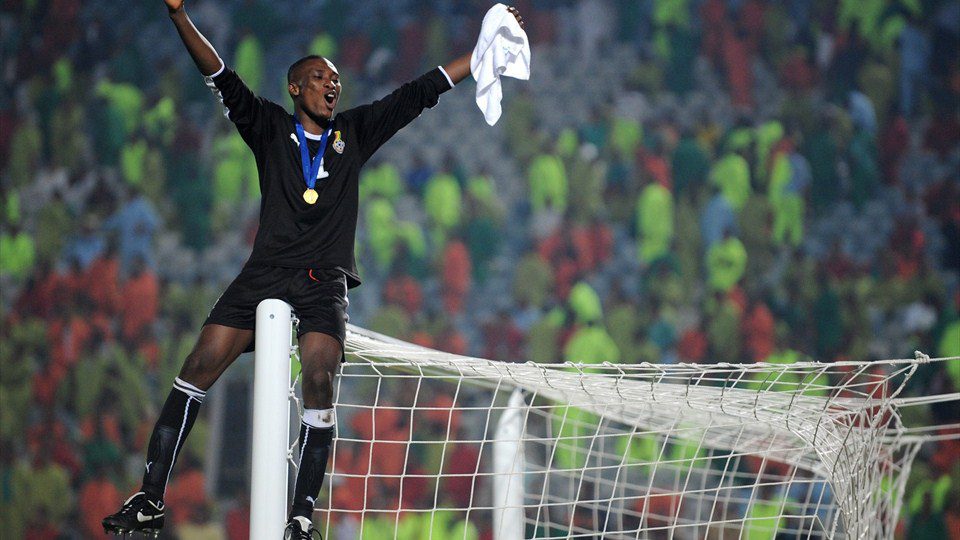 Goalkeeper Daniel Agyei says the feat chalked with the 2009 Ghana U20 team remains the biggest achievement in his career.

The 25-year-old was the regular goalkeeper for the Black Satellites when they made history by emerging the first and only African side to win the U20 World Cup in 2009 in Egypt.

That feat propelled over majority of that history making squad into stardom as over 50 percent of the squad landed lucrative contracts abroad while also getting call ups to the Black Stars.

Agyei alongside the likes of Emmanuel Agyemang-Badu, Andre Ayew, Samuel Inkoom, Jonathan Mensah and Dominic Adiyiah were major beneficiaries of a wholesale invite to the Black Stars in the wake of their record-breaking feat.

The Liberty Professionals goalkeeper identifies the world triumph in 2009 as his biggest achievement despite attaining similar heights with the other national sides.

?It [2009 Ghana U20 triumph] is the biggest achievement in my life because no African country had won the World Cup,? Agyei told MTNFootball.com.

?There were so many big Ghanaian players who had played in that tournament before us but even they could not win the World Cup.

?I have won four gold medals with the national team ? the WAFU, U20 African Cup, the U20 World Cup and the All Africa Games in 2011.

?But then none of them for me comes close to when we won the World Cup in 2009.?