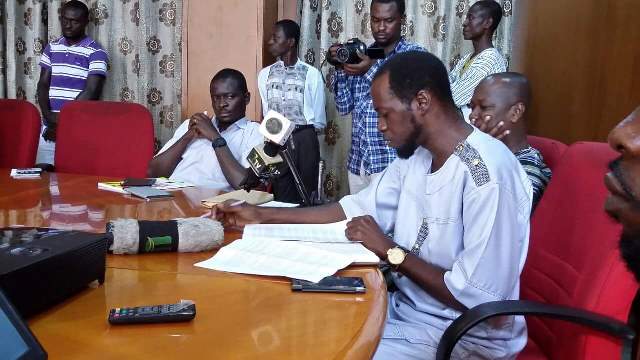 The Senior Pastor of 7th day Pentecostal church, Esereso Assembly, Elder Enoch Ofori has revealed that the entire government system is what has been instituted by God in the Bible. 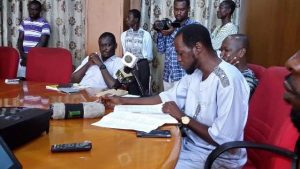 He said God is the unseen ruler of the universe, hence the officials of government from the president, the judiciary, the legislature as well as the sucurity agencies are there to ensure that God’s will is done and sinners are brought to book.

Speaking at a press conference in Kumasi, Elder Ofori reiterated the fact that God gave the house of Israel the criteria for selecting a king or ruler who should not be someone with many wives, someone who will not divert the state resources into foriegn lands as well as acquire many riches of gold and silver unto himself at the expense of the nation’s development, but the one who will use the nation’s resources for the development of the entire nation.

Elder Ofori continued that the legislature is there to formulate laws that will give all citizens equal rights and protection for peace and tranquility to prevail. He further stressed that the judiciary as well as the security agencies are established to ensure that the society is rid of criminicals and miscreants who will forment trouble for others.

He therefore called on the government and the security agencies as well, to exercise their God-given functions without prejudice and corruption to ensure that the will of God prevails.

He said that God gave His moral, the ten commandment to the children of Israel, and also the judicial law to punish those who are not law-abiding in society. It is therefore gratifying that judges sit on judgement seats to apply the judicial law and the moral to deal with transgressors in society.

He also called on Ghanaians to respect those in authority, as their duties have been ordained by God, and to also honour their tax obligations to ensure that those in authority from the president to the security agencies are taken care of.

Touching on the upcoming elections, he stressed that it behoves on all Ghanaians to select a leader who is God-fearing and also knows the laws of the land to abide by them so that the president seeks the welfare of the nation, but not his personal benefits.