News Ghana
Home Inside Africa Nigeria God is not happy with Boko Haram? 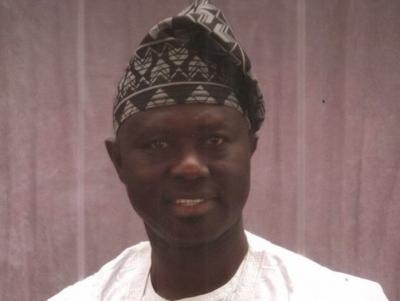 The Minister of Police Affairs, Alhaji Abdul-Jelili Adesiyan, stated this on Saturday in reaction to the second bomb blast in Nyanya, Abuja, on Thursday.

Speaking in a press statement by his media aide, Wale Akinola, Adesiyan, described the incident as unfortunate, sad, callous, disheartening and unGodly.

The minister further urged the insurgents to stop using God’s name in killings, saying He does not encourage blood letting.

?People should stop killing others in the name of God because Allah does not permit killing. Neither does He encourage blood letting as being canvassed by the Boko Haram agents.

“Whoever kills fellow human being will have the wrath of God as He frowns on unjust shedding of innocent blood,? he said.

“It is very sad and disheartening that scores of people were killed on Thursday in a bomb explosion that also rocked Nyanya area of the Federal Capital Territory, Abuja?, he said. The minister, however, charged all Nigerians to unite and stay focused in the ongoing terror war for the country to defeat the Boko Haram sect.

He said the Boko Haram insurgents were out to create fear, discredit the Federal Government and incite Nigerians against the incumbent administration.

?The aim of these useless terrorists is to create fear, discredit the government and make the entire citizenry live in perpetual anxiety and turn them against the ruling government. If we unite and fight them by staying focused and reporting all suspicious people to security agencies, we will win this war”, he said.