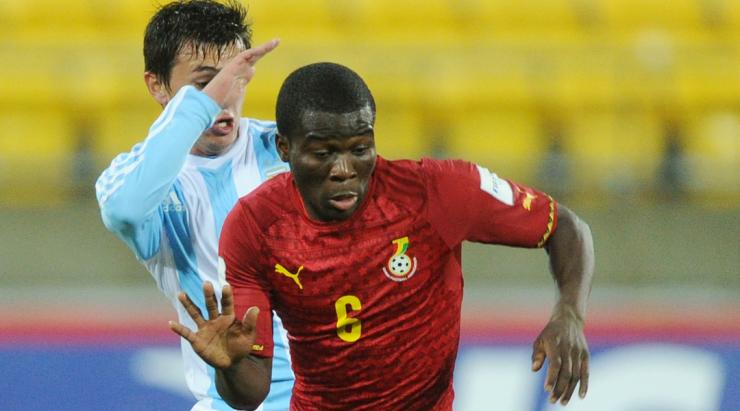 Godfred Donsah played for Ghana at the U20 World Cup

The 19-year-old is part of the current Black Satellites squad that crashed out of the ongoing U20 World Cup in New Zealand at the Round of 16 stage to Mali.

Donsah has just come off a highly productive season in Italy with Cagliari with his consistent displays for the relegated side attracted interest from other European clubs.

But Donsah believes the experience of playing international football at the World Cup has added some worth to him as a player.

?It [the U20 World cup] has helped me in several ways,? he told GHANAsoccernet.com

?This was my first ever World Cup and I have tasted how international football at that level is.

?There is a lot of difference between playing at the World Cup and playing at club side.

?It gives you a vital experience you can?t get anywhere.?

Donsah has been linked with several clubs in Europe especially after the demotion of Cagliari to Serie-B.