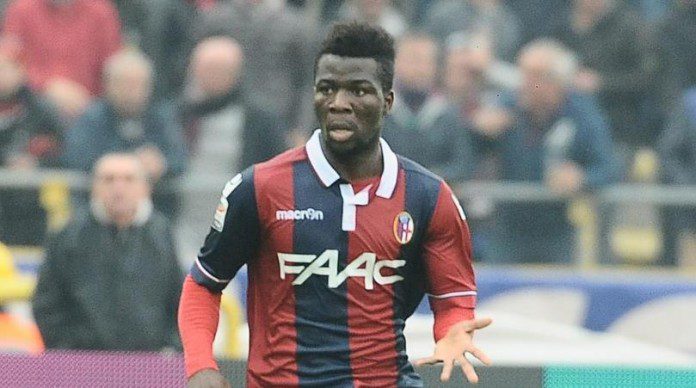 Godfred Donsah is expected to start against Milan

Highly-rated Ghana youth international Godfred Donsah is expected to boss the midfield as his Bologna side play guest to AC Milan in the Serie A on Wednesday.

The 2015 Ghana U20 star will walk into Roberto Donadoni’s starting line-up as the Rossoblu seek to frustrate Milan at the Estadio San Siro.

Bologna have not won against Milan in their last 11 meetings in all competitions and Donsah with his team-mates will be aiming to break that jinx.

Bologna’s last victory against the European giants came in an away fixture in August 2008 and the experienced Donadoni will be hoping to record victory over the under-performing Milan side who have suspended Ghana midfielder Kevin-Prince Boateng in their squad for the game.

Donsah, 19, has started 8 league games for Bologna this season in 9 appearances.