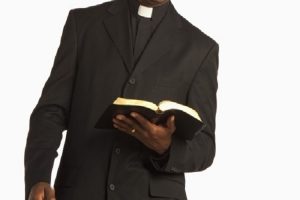 The minister in charge of the Agona Swedru branch of the Voice of the Lord Evangelical Church, Apostle Clement Quaicoe has taken a swipe against what he describes as paraders who are using the ministry of God as an avenue to enrich themselves.

Rev. Quaicoe who expressed the worrying an interview with newsghana said though the Bible prophesied about the development as signs of the end time, he however stressed that the growing trend of the development is becoming worrisome nowadays.

Though he was cautious in his submission not to condemn such pastors, he however advised the public to guard against pastors who make excessive financial demands, saying that is the hallmark of pastors who are using the ministry of God to enrich themselves.

Passengers are branding us thieves over increased fares – Drivers lament

Remembering Rawlings: Politics must be avenue to serve fellowmen

Golden publications apologize for calling Nkrumah a dictator in the books