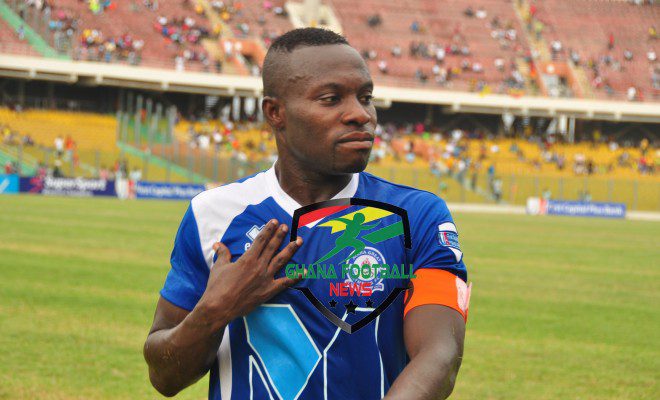 Accra Great Olympics kept alive their relegation survival hopes with a crucial 2-0 victory over an eye-catching West Africa Football Academy side at the Accra Sports Stadium on Sunday.

Former PSV Eindhoven youngster and ex-Ghana international Godwin Attram scored from a spectacular free-kick to win the maximum points for the Wonder Club in the 51st minute.

But experienced attacking midfielder, who was capped 10 times by Ghana at senior level, skied a 76th minute penalty won by Kwame Boateng.

However the 35-year-old redeemed himself with a world-class finish three minute after his miss.

WAFA were reduced to ten men when referee Seidu Bomison marched off Amankwaa Caleb for driving his boot into the ribs of an Olympics midfielder.

The sending off created a brief moment chaos on the pitch as players clashed over the drama staged by the Olympics midfielder who acted as if an unannounced amputation had taken place with him.

Former Tema Youth midfielder Joshua Oninku also got his marching orders late in the game as both teams ended with ten men.

Olympics needed the maximum points from the game to ensure they do not drop back into the relegation zone and they employed their experience to over John Killa?s boys before their small pocket of home fans.

The Wonder Club have now moved to 37 points and further away from the relegation zone as the season nears a close.