Between January and February this year, prices of the precious metal climbed to US$1,247.9 an ounce after closing at US$1,050 last year; the lowest in 2015. 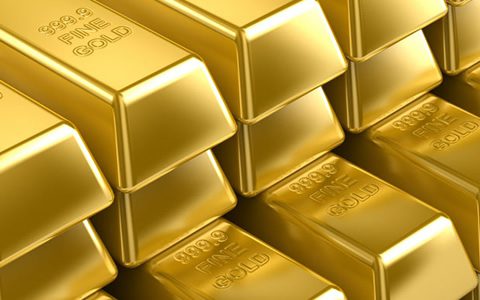 February’s price, which was inspired by high demand for the metal in China and India, is now the highest in about 12 months and the best-start to a year in more than 30 years, when the first quarter price changes are compared for these years.

The strong gold prices in the international market have renewed optimism and investor confidence in
the operations of mining companies and the country’s declining export earnings, which have been impacted by the low gold prices.

Last year, the fortunes of the business were dampened by the debilitating energy crisis, low gold prices and the general uptick in cost of production. These challenges led
to a 2.2 per cent contraction in the mining and quarrying sub-sector in the third quarter of the year.

In quarter two of last year, the sub-sector contracted by 0.5 per cent, according to data from the Ghana Statistical Service (GSS).

“I think that if the price continues to increase, it will have a positive effect on the export earnings and that will also ease the pressure on the foreign exchange rate,” an economist said confidently.
Since 2013, export earnings, mostly from minerals and oil, have virtually stagnated, mainly as a result of declining commodity prices, of which gold is key.

In 2014, earnings from the metal fell by 17.4 per cent over the 2013 inflows to US$3.8 billion, partly contributing to the widening of the budget deficit to 10.4 per cent of that year’s total domestic output – the Gross Domestic Product (GDP).

The situation worsened last year when earnings from the sector registered consistent declines in the first three quarters relative to the same periods in 2014.

“These declines were as a result of the fall in prices and other challenges. So, if the price is now improving and the energy crisis also over, then you will expect revenues to pick up and that will be positive for the economy and even the companies,” the economist added.

“It can even impact positively on investment because price is a key determinant of how much people invest,” the source added.

Too early for excitement

Last year, mining companies said they were forced to shed about 33 per cent of their daily power consumption when the energy crisis peaked. With the energy crisis now resolved and prices strengthened, mining companies are now hopeful their woes would be over for them to return to winning ways.
Although the Ghana Chamber of Mines, which speaks for the companies, insisted that the trend was “too soon for the industry to be overly excited about,” it admits that higher prices would impact positively on the confidence of miners and the industry in general.

“I think it is too early but of course, higher prices are good for business,” the Chief Executive Officer of the chamber, Mr Suleiman Koney, said in an interview.

Last year, the industry laid off over 300 staff compared to 800 in 201; an action Mr Koney blamed on low prices of the metal, rising cost of production and the power deficit at the time.
“Every person expects prices to be high, but of course, you cannot always have it that way. What we should do is wait and see how the trend goes,” he added.

The Vice-President and Head of Stakeholder Relations for Gold Fields West Africa, Mr David Johnson, told the Graphic Business that the high prices were “obviously good for business.”
“What has been hitting us quite hard is the cost of production. So, if the price is going up, then it will cushion us a bit,” he added.

The development would also have an impact on the amount of gold the company produces, Mr Johnson said.
Gold Fields, the biggest gold producer in the country, with annual production averaging 750,000 ounces, aims at raising that figure to a million ounces by 2018, a target whose achievement could be buoyed by improved gold prices.

“If the price is high, you can afford to mine in low-grade areas where you will normally not mine because the cost per ounce will be high. But because the price will be good, when you mine those areas, the higher prices will subdue the cost and you could make some profit. So generally, I see higher prices as something that could fast-track the achievement of our one million ounces target,” the Gold Fields Vice-President added.