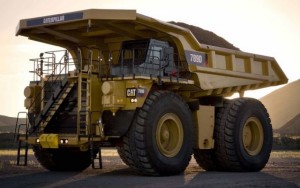 Goldcres Resources plc,the gold focused company with interests in projects located in Ghana, has said it intends moving from an explorer to a producer in the years ahead.

In its interim report for the period ended 31 December 2015, the miner’s Technical Director said in the half-year to 31 December 2015, Goldcrest Resources plc continued to assess additional assets in Ghana focusing on more advanced stage projects with the potential for near to medium-term cash flow generation.

Following an extensive due diligence period, the Company secured the Asheba Gold project that is located adjacent to our option on the Akoko Gold Project, through the post period end acquisition of Taoudeni Resources Limited on 19th January 2016.

The company said following a detailed assessment, “we are confident that there is significant exploration upside at both projects, which could form the basis of a larger and longer-term operation. The Company’s current focus, however, remains set on generating cash flow in the near to medium-term from the existing defined gold mineralisation”.

With this in mind, the Company said it is currently assessing a number of options to advance the project to cash flow generation, alongside establishing a compliant mineral resource estimate for the combined projects. The Company said it will update the market as the strategy is advanced in due course.

As part of the acquisition, Niall Tomlinson and Dr Ryan D. Long were appointed to the Board as Technical Director and Non-Executive Director, respectively, while Frederick Bell stepped down from the Board.

“It is the opinion of the board that Goldcrest is now well-positioned for the year ahead as it looks to move from explorer to producer in the years to come.

“The Company will, however, continue its acquisitive strategy as and when attractive value propositions present themselves,” a statement said.

Goldcrest reported an operating loss for the six months to 31 December 2015 of £65,493 (six months to December 2014: £62,251). This translates into a loss per share for the period of 0.004p. The Directors will continue to focus on ensuring that overheads are kept to a minimum and that exploration expenditure is targeted at value adding activities.

Producer Price Index As At July Dropped to 2.0%