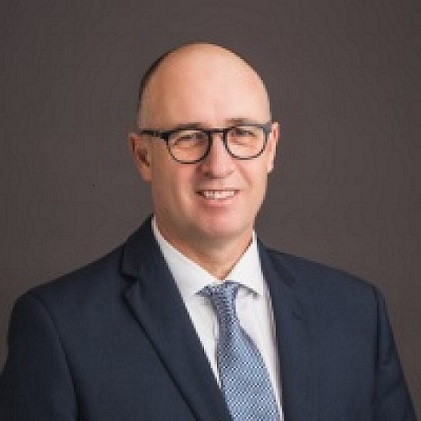 Golden Star Resources Limited, a leading gold mining company in Ghana is to invest $15 million in exploration at its Wassa underground mine this year as part of a broader strategy to expand operations.

Mr Graham Crew, the Chief Operations Officer of Golden Star Resources Limited, speaking on the company’s Preliminary Economic Assessment (PEA) on the Wassa underground mine, said the investment was three times the amount the company invested in exploration last year.

“Our intention at Golden Star is to become a leading gold producing company in the country through the development of the Wassa underground mine,” he said.

The PEA outlines a development pathway to increase the underground mining rate to fully utilize the plant’s processing capacity with low upfront capital demand through access and haulage via twin declines.

The exploration strategy involves Identifying opportunities to expand resources in and around the Wassa mill and accelerate those opportunities towards production and focus on standalone targets along mineralized trend south of Wassa targeting extensions of mineralization around current mining areas.

He said the prospects of the Wassa underground mine were high and the objective is to develop it into a modern and first class mine.

The Chief Operating Officer said the Wassa underground mine, which has a life span of seventeen years, could produce 300,000 ounces of gold in a year.

Currently, the mine has a Net Present Value of more than $800 million with huge significant assets to contribute to the development of the Ghanaian economy.

The company also plans to invest more than $1 billion in the Wassa underground mine over the next seventeen years, Mr Crew said.

Currently, drilling and other preparatory works on the mine were being done and the company is working with 19 local suppliers on the mine.

Mr Crew said with reserves of 3.5 million ounces, the new exploration would add up to the reserves.

Mr Crew said the investments in the mine project was being funded from cash flow from the Wassa mining operations.

He said the project would help to improve both the local economy of Wassa, create jobs and enhance government tax revenue.

The Chief Operating Officer called for a stable fiscal environment to protect the investment of the company.

“Golden Star is not asking for any special concession but want to know how the mining fiscal regime will look like going forward,” Mr Crew said.

Touching on the issue of encroachment on the concession of the company by illegal miners, Mr Crew said Golden Star Resources Limited was in discussion with the appropriate authorities do address the problem.

“We in Golden Star Resources Limited will continue to use dialogue to deal with the problem and we will not want to engage in any confrontation with the people living in the catchment areas of our concession,” Mr Crew said.