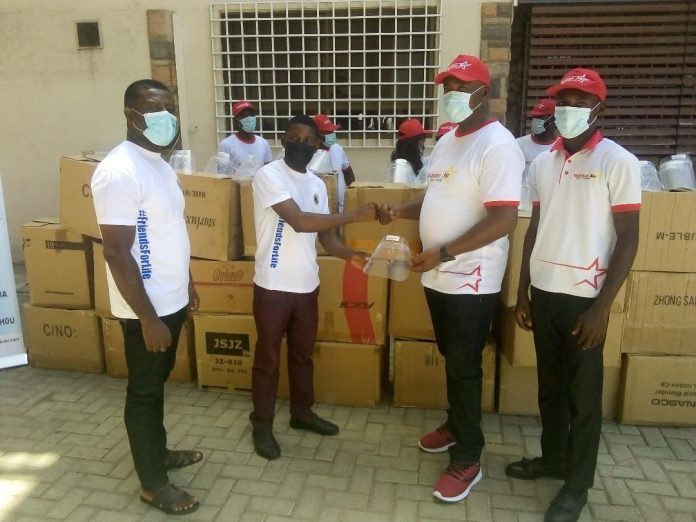 Ghanaian owned airline; Goldstar Air, has teamed up with Universal Friendship Organisation (UFO), a non-governmental organisation, to campaign on Covid-19 prevention and safety measures at some lorry stations and market centres in Accra.

The Airline, soon to start operations, presented some personal protective equipment (PPE) to UFO on May Day, at the TV Africa premises in Accra, for onward distribution at the lorry stations and market centres as part of the COVID-19 sensitisation and awareness campaign.

The team held the campaign at the Neoplan Lorry Station and some markets around the Kwame Nkrumah Circle to educate motorists, travellers and traders to make informed decisions and change their attitudes towards ensuring their personal protection and that of their families against the virus.

The Foundation integrates social and environmental concerns in the Airline’s business operations and interactions with stakeholders, he said.

Mr Bannerman said Goldstar Air is projecting a fleet of more than 100 modern aircrafts to a network of over 90 key business and leisure destinations across Europe, the Middle East, Africa, Asia Pacific, Caribbean and North America.

He said customers could participate in the Goldstar Air Frequent-Flyer programme to accumulate points, which may then be redeemed for air travel or other rewards.