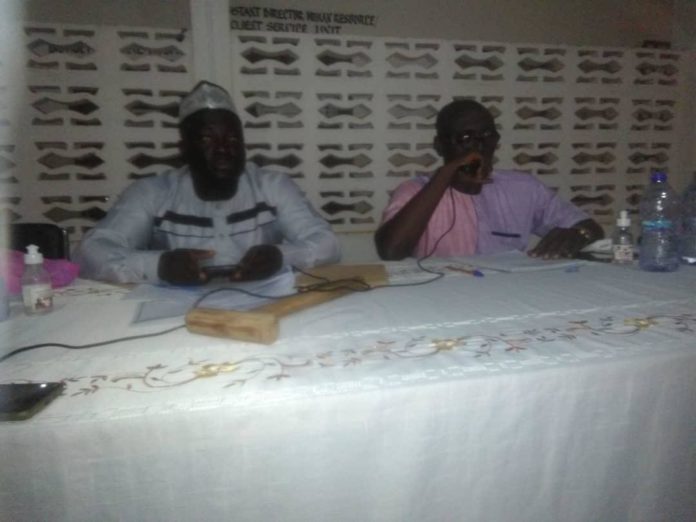 The Gomoa Central District Assembly had at the end of the third quarter, collected a total of GHc 331, 731.45 as its internally generated funds (IGF) as against the targeted amount of GHc427, 500 .00, representing 77.61 percent of the projected amount for 2020.

Mr Benjamin Kojo Otoo, the District Chief Executive (DCE) for Gomoa Central announced this when he addressed the third ordinary meeting of the Assembly at Afransi in the Gomoa District of the Central Region.

The DCE said the Assembly has done quite well in the traditional revenue collection amid the COVID-19 pandemic crisis.

According to the DCE, the Assembly’s investment grant and capacity-building funds to help deepen its performance amounted to Ghc1, 187, 517.

The DCE said at the end of October, a total of 577 beneficiaries received President Akufo-Addo’s Coronavirus Alleviation Programme Business Support Scheme (CAPBuss) aimed at supporting businesses affected by the pandemic in the Gomoa Central District.

On the One District One factory flagship programme, he said the district through government’s financial support has among others built a modern poultry farm at Gomoa Nyakuadze to produce day old chicken and breed Asian dogs to create more than 2,000 jobs in the district to reduce economic hardship.

Mr Ernest Quarm, head of Finance and Administration (F&A) of Gomoa Central Assembly, stated that the Assembly’s income generation had not been encouraging due to issues including boundary dispute with Agona West Municipal.

He said series of meetings had been held with the Local Government Ministry and Regional Coordinating Council in Cape Coast to no avail.

The Finance Officer, therefore, appealed to the Minister of Local Government and RCC to implement without delay the outcome of the meetings of the disputing two Assemblies to help eliminate challenges of internally revenue generation which was impeding the growth of the area.

Mr Quarm who is also the Assemblyman for Gomoa Akropong NO2 Electoral Area said the Gomoa indicated that the Assembly could not solely rely on the District Assemblies’ Common Fund for its development agenda.

The IGF which formed an integral part of the District Assembly’s administration must therefore receive a boost to aid its activities.

He urged the Local Government Minister and Central Regional Minister to expedite action on the resolution between Agona West, Effutu Municipalities, and Gomoa Central District Assembly to ensure peace and stability in the region.