(dpa) – Online giant Google has defeated a multibillion-dollar lawsuit filed by software company Oracle over alleged copyright infringements in the Android smartphone system before the US Supreme Court.

The Supreme Court ruled on Monday in Washington that Google had not committed any legal violations, overruling a lower court ruling.

The ruling marks a major victory for Google and its parent company Alphabet. Oracle had demanded some 9 billion dollars in compensation.

The background to the dispute is that Google had used about 11,000 lines of software code of the Java programming language for Android.

Oracle, which had bought Java in 2010 with the takeover of Sun Microsystems, had sued Google in the same year.

The judge in charge had initially ruled that the Java interfaces were basically not protectable by copyright. On appeal, however, this judgement was overturned.

The Supreme Court now ruled in favour of Google by six votes to two. The use of the interfaces was legal as “fair use,” the court said.

Google had copied only what was necessary so that developers could work in a new computing environment without having to forgo elements of familiar programming languages, it said. If copyright infringement were found here, it would limit the creativity of future programs.

In a statement after the ruling, Oracle was critical about the fact that Google’s market power had now become even greater. 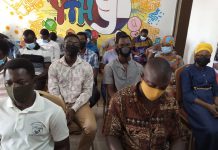