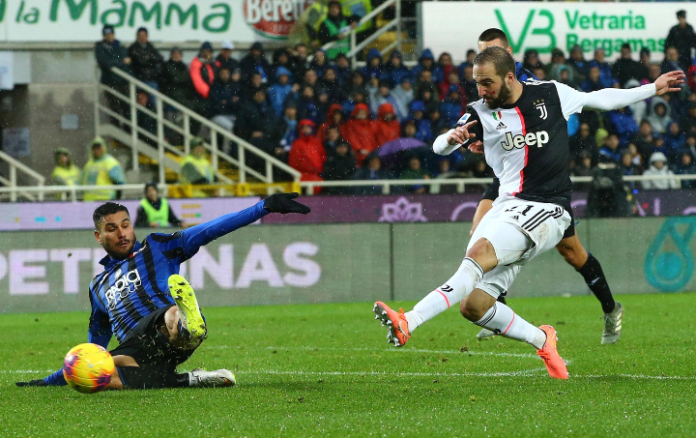 This weekend football lovers in Ghana can look forward to some thrilling European football action, as SuperSport broadcasts live action from the Premier League, La Liga and Serie A from Saturday 11 to Monday 13 July 2020.

The weekend action in the Premier League is headlined by the North London derby between Tottenham Hotspur and Arsenal from the former’s stadium late on Sunday afternoon. The mutual emnity runs deeps between these two teams, and though they have both endured disappointing seasons on the league front, finishing in front of the other remains a major motivating factor.

Spurs manager Jose Mourinho also has a proud managerial record against Arsenal and will be keen to register his first win over the Gunners as Tottenham’s boss, though recently his focus seems to have been more on defending the form of Harry Kane and arguing that he does indeed fit into the Portuguese’s tactical system.

“He’s [Kane] fundamental for the team,” explained Mourinho. “He is only now starting to come back properly from the injury.”

Kane, meanwhile, is happy to get some playing time under his belt: “I feel as fit as I’ve probably ever done before, “he said. “I’m in good shape. Scoring is one of the best feelings in the world, and it’s been a while since I’ve done it, so it’s great to do that.”

With Liverpool’s title triumph wrapped up, attention now turns to the races for European places and the relegation battle at the bottom of the log.

In the latter respect, West Ham United will be determined to claim three vital points away to bottom-of-the-log Norwich City in the round’s opening match, while Watford and Bournemouth have crunch home matches against Newcastle United and Leicester City respectively.

This weekend of La Liga action is headlined by Real Madrid’s trip to Estadio Nuevo Los Carmenes to face Granada. Los Blancos are in a strong position to reclaim the Spanish top flight title from arch rivals Barcelona, but manager Zinedine Zidane has still been the subject of speculation in regards to what his future holds, especially after the following quotes:

“No one should interpret what I say,” said the legendary ‘Zizou’. “The reality is I’m managing the best club in the world and I’m happy, regardless of what happens here. But I know that when we lose the press will be out, the knives will be out, that won’t change.

“We are winning now, but like I said, today we’ve yet to win the title. We must continue working, training hard. Everyone is going in same direction. We cannot control external matters, only what we can control. We shouldn’t worry about what goes on outside Real Madrid and I think my future is the least of concerns now.”

Nonetheless, Real will be strong favourites to defeat Granada and need look no further for inspiration than their 4-2 win over these opponents from back in October 2019, a match in which Karim Benzema, Eden Hazard, Luka Modric and James Rodriguez all got their names on the score sheet.

Meanwhile, champions Barcelona will be away to Real Valladolid at Estadio Jose Zorrilla and hoping to rekindle the form that saw them defeat the Pucelanos 5-1 when the teams met at Camp Nou back in October 2019, while Atletico Madrid will back themselves to overcome Real Betis in the capital.

The pick of weekend Serie A matches is definitely the meeting of Juventus and Atalanta at the Allianz Stadium in Turin on Saturday night. While Juve are in a tense battle to claim the title, La Dea continue to play like they don’t have a care in the world and always seem to produce goal-laden thrillers.

Their great form since the restart suggests that they are very much on course to claim a place in next season’s UEFA Champions League, though manager Gian Piero Gasperini says they cannot afford to take their eyes off the ball – especially with the challenge of the Bianconeri in front of them.

“There are too many games to go, so we can’t say that we’ve locked down a top-four finish,” insisted Gasperini, who added: “It’s good that we scored so many goals and that helped keep the confidence going. This is a team that helps revitalise players because it’s a wonderful atmosphere that helps them give their best. If they get it badly wrong here, they’ll struggle to do well elsewhere.”

Juventus won 3-1 in Bergamo when they last faced Atalanta in November 2019, but La Dea’s confidence has grown so much since then that they will be confident of knocking the Scudetto holders off their stride. If Atalanta can take points off Juve, then Lazio ansd Internazionale will need to capitalise in home matches against Sassuolo (Saturday afternoon) and Torino (Monday night) respectively.

No rival can compete with SuperSport’s coverage. Our viewers on DStv and GOtv can see all their favourite stars from the African continent dominating Premier League, La Liga and Serie A pitches across England, Spain and Italy!

Don’t miss the conclusion of the 2019-20 football season on DStv and GOtv. Visit www.dstv.com and www.gotvafrica.com to subscribe or upgrade, and join in on the excitement. And while you’re on the move, you can stream matches on DStv Now.

Please note that due to travel restrictions, SuperSport is unfortunately temporarily unable to provide any local commentary on the above sporting action.