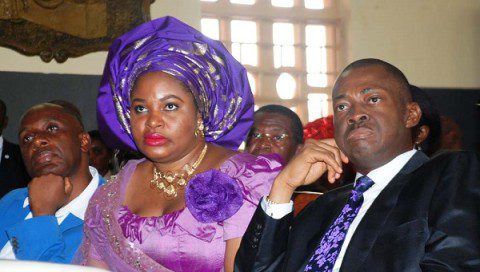 The wave of impeachment going on across the country may soon hit Enugu State.

According to sources, underground plan to remove the Deputy Governor of the State, Mr. Sunday Onyebuchi has thickened. DailyPost learnt that Onyebuchi was recently, allegedly given the option of tendering his resignation or face impeachment by members of the Enugu State House of Assembly.

A group in the state raised the alarm over the grand plot to remove Onyebuchi.

The socio-political group, in an SMS they circulated on Monday said, ?Chime plans 2 impeach his deputy so as 2 pave way 4 his Chief of Staff?s ambition. Ifeoma Nwobodo & 6 LGA chairmen have mobilized Enugu CNPP 2 lead d campaign?.

The Deputy Governor and the Governor?s Chief of Staff, Mrs. Nwobodo, are reportedly locked up in a battle over the Enugu East Senatorial seat.

Although the forces against Onyebuchi have not clearly been established, he was said to have provoked some powerful political forces in the state by showing interest to contest for the Senatorial position.

?The major problem is that the Deputy Governor is believed to have a link with the All Progressives Congress, APC, where he hopes to actualize his ambition, in case the PDP denies him ticket.

?So, some powerful forces are not happy with him because in this party you don?t just go after aspirations like that; you can see that nobody in the PDP has openly shown interest to contest for the governorship position in 2015; once you do that, you have lost out?, the source said.

DailyPost recalls that earlier this year, the poultry farm belonging to the Deputy Governor was evacuated on an alleged orders, which emanated from the office of the Chief of Staff.