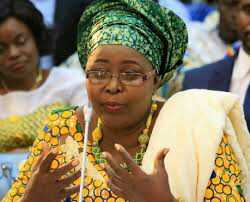 In this direction, she said the government had embarked on the construction of new office buildings across the country for the Assemblies to work more efficiently.

She said logistics, which included vehicles, computers, office desk were provided to help the newly created 44 MMDAs to stand on their feet.

The Minister said this in a speech delivered on her behalf by Mr C.K Dondieu, Chief Director, MLGRD at an Awards ceremony in Accra to acknowledge ten MMDAs for their performance in 2018 in the Local Government Service Performance Contracts assessment ranking.

She said as part of capacity building, the Ministry in collaboration with the Institute of Local Government Studies had organised a nationwide orientation and training programme for newly elected and appointed assembly members to deepen their knowledge of the local government system.

She said the Ministry had also instituted measures to help improve the Internally Generated Funds of the Assemblies to achieve the Ghana Beyond Aid agenda.

He said, on the other hand, the Performance Contract had ensured that officers were provided with schedules on which specific outcomes could be demanded at the end of the evaluation period and recommendations given to address the capacity gaps identified.

He said the initiatives by the government had contributed immensely to the achievement of the overall goal of the Local Government Service in particular and the Government in general in the delivery of its mandate.

He said to engender competition among MMDAs, an award scheme was instituted by the OHLGS not only to reward excellence but also to stimulate district level performance to deepen local governance and decentralization adding that since its institution six (6) years ago, four (4) contracts have since been signed; 2015, 2016, 2018 and 2020.

“The 2018 ranking, One Hundred and Twenty Three (123) out of the then Two Hundred and Sixteen (216) Assemblies performed creditably well and I am particularly excited at this sterling performance despite limited resources available at their disposal,” he said.

He said the awards to the Assemblies would demonstrate resilience and deploy the Ghanaian ‘’Can Do Spirit‘’ to make great strides in their respective areas of operation leading to the achievement of results.

“By your efforts, you have proved that the LGS is on its way to greatness,” he said.

He expressed his indebtedness to the Minister for Local Government and Rural Development, Hajia Alima Mahama, the Greater Accra Regional Minister and MMDCEs, Administrator of the District Assemblies’ Common Fund (DACF), the Head of the Civil Service and the Executive Secretary of the Inter-Ministerial Co-ordinating Committee on Decentralization (IMCCod) for their partnership, co-operation and collaboration in several spheres of our endeavours.